Here’s My Question: What Do I Do During Hour No. 2?

Basic tasks shape every job, including camming. You've got those down. But when all boobies are free on the internet, how do you stand out?
SHARE
Facebook
F
Twitter
T
Google
G
Pinterest
P
COMMENTS

We’ve all been there, on cam or in some other social/work situation: The jokes are flowing, your vibe is right, people are into what you’re saying and you have endless things to offer with ease. Then, almost as quick as it began, your flow totally dries up.

A slew of awkward moments, minutes, or even hours then follow. What to do? The internet had some great advice for our newb — and everyone else.

When you are just starting out, you should be constantly collecting information about what works for you and what doesn’t, and that takes time. You need to figure out what people like most about you, and then work it.

For me, I tried to do all kinds of fancy shows and games at first, because that is what seems to work for most models. I’ve since found out that I do much better focusing on PMs, personal attention, pvts and so on, because men like my personality.

It took me about six months to really hone in on my natural gifts. So, hang in there, try lots of different things and don’t be afraid to have a low-earning day here and there. Consider it part of your research and an investment in your career — because finding out what doesn’t work is just as valuable as figuring out what does.

This really made me think about what’s not happening and why non-conversion is just as important as regulars. Online consumer behavior expert Liraz Margalit talks a lot about why we focus so much on success measured by conversions. Conversions, which are actually relatively infrequent compared to the non-converting lurkers in every room, are actually a muddy and distracting thing to worry about.

A summary of what Margalit had to say is on YNOT Cam here.

Another good piece of advice: taking a moment to reset. Clearing stale air and changing your energy can work wonders in many situations, including a slow day on cam.

If nobody is tipping for a while, I definitely recommend logging out and trying again later. If guys learn that they can stare at you endlessly for free, they don’t have much incentive to tip. Your regulars will learn you aren’t messing around and will tip to keep you online during future sessions.

Another person asked about incentives — namely, how was the model incentivizing her shows? Adorably, our questioning newb replied, “Isn’t my getting naked an incentive?!”

Her bubble was burst posthaste, but kindly and with useful information.

Nope. That’s a common misconception. This is the internet. Guys can see all the naked chicks they want for free. They are paying for interaction, personality and fun, not for boobies.

It’s human psychology: People want to receive something for their money. Casually working toward a goal isn’t enough. There needs to be a direct benefit for every token.

Have you watched other cams? Seen what other girls are doing? What are the most-successful girls doing? What are the least-successful girls doing? If you were watching your own cam show, would you be enjoying yourself? Or would you be bored? What are you doing to have fun? Standing and dancing is a start, but what else? Are you playing games? Selling videos? Have you considered raffles? Random drawings? Selling Snapchat?

Tough love! But these questions can prompt someone to sit back and take stock of her space online. This doesn’t mean every bit of advice about monetization must be taken up now. The questions do, however, provide a bunch of useful points to consider. And who knows where that consideration will take you?

Got something you want to share? Tips or rage-inducing incidents from which other models may benefit? Email erika@ynotcam.com. I’d love to hear from you!

Getting Started, How-to, Tips & Advice
3 Biggest Mistakes Cam Models Make & How to Avoid Them
How One Model Uses FanCentro to Build Her Fan Base 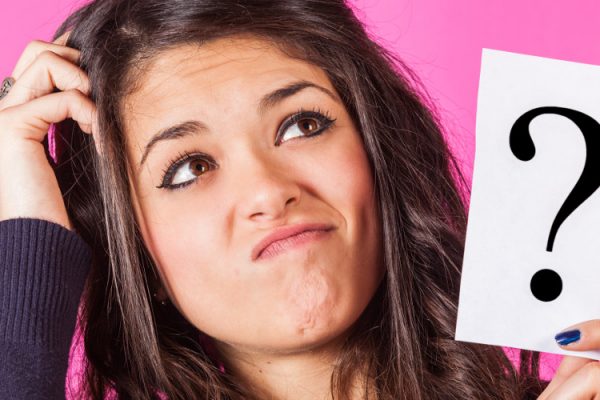 Here’s My Question: What’s the Right Site for Me?

Here’s My Question: Do What They Want, or What I Want?

Here’s My Question: What About a Summer Start on Cam?
COMMENTS 0