On Tuesday Aug. 22, the Los Angeles County Board of Supervisors voted unanimously to impose mandatory permit fees on adult productions.

In compliance with Measure B, which passed in 2012, the current fee mandate requires any producer shooting penetrative sex in Los Angeles County to pay $1,671 for a two-year permit. Producers ranging from traditional studios to cam performers and custom clips manufacturers all are included in the mandate. Those who fail to comply with permitting fees, as well as with Measure B’s sexual health training modules and condom mandates, can face a fine of $1,000 and up to six months in jail for each offense.

It was unclear from Tuesday’s hearing how and when the fees would be implemented.

During the hearing, Adult Performer Advocacy Committee (APAC) President Mia Li implored the board to listen to input from performers and said Measure B had been passed “without the insight and input of this marginalized community.”

“When I was first performing on cam, it was from my own home,” Li told the board (quoted by AVN). “Because it was a part-time gig before my full-time transition to adult, I made about $200 to $500 a week. It was enough to make ends meet; I was able to practice agency over my body and make it so I could pay rent and not go hungry. $1,600 would have been an astronomical and devastating burden for me in order to perform from my home, and potentially facing jail time or a fine for non-compliance is just unfathomable.”

Li explained more specifics related to webcam in an email to YNOT Cam.

“The presumption is that models who create content with the intention of selling it must also get permits,” she wrote. “Measure B defines that a ‘producer of an adult film’ means any person or entity that produces, finances or directs adult films for commercial purposes. ‘Adult film’ means the recording or real-time broadcast of any adult [content], regardless of the medium used.”

Based on this understanding, everyone from cam networks and studios to independent models broadcasting within Los Angeles County are subject to Measure B’s permit stipulations. Further, there is no differentiation in fee structure between a large content producer and a part-time independent model.

“As that stands, [Measure B] can be interpreted to have permitting apply to at-home cam models and network/studio models all the same without any tiered structure to accommodate the diversity in adult film,” Li wrote in her email. “Other industries have permitting structures that scale to the size of the business, but we do not see this with Measure B permitting.”

Because Measure B only applies to Los Angeles County, cam performers outside the area don’t have to worry about it — yet. Further, according to Jay Taylor, who also was present at the board meeting, Measure B’s wording is “super vague,” which impacts both compliance and enforcement.

“The information is different everywhere and contradicts itself often,” she said. “My main tip is be aware, but do not panic. This is certainly not the end of the world.”

Representatives from the Free Speech Coalition (FSC) echoed Taylor’s sentiments about Measure B’s vague language. However, an FSC representative said that during a meeting with the Los Angeles County Department of Public Health, the agency made quite clear webcam performers, as well as those who produce custom clips, would be on the hook for Measure B permitting fees and the criminal penalties associated with non-compliance.

“I asked point blank if, as a webcam performer, I could face up to six months in jail and $1,000 in fines if I performed in a webcam show in my home, with my partner, financed by someone outside L.A. County and didn’t first obtain a $1,600 permit,” FSC’s Director of Policy and Industry Relations Siouxsie Q James stated in an email. “They said ‘yes.’”

Per James, the FSC’s main critique of Measure B’s permitting fee structure is its lack of scalability.

“While $1,600+ every two years may be a reasonable line item in a large-scale production, it can be a crippling cost for the most vulnerable parts of our workforce: performers who use webcamming and custom clips to supplement their income and, in many cases, survive in an economy and society that systematically devalues marginalized persons,” James explained.

The FSC has pushed back against problematic aspects of Measure B since 2012, and the organization will continue to do so. Both Taylor and Li encourage members of the cam community to support the industry’s efforts by getting active with FSC and APAC.

“We absolutely need your voice,” Taylor wrote in her email, addressing models. “If you can, please become an FSC member so you get all the information on upcoming board meetings. Follow FSC’s Twitter closely, and please show up and testify. We need to fight, and we need you to join us.

“We need to show the people against us that we stand together and give a fuck about what’s happening to our industry. Currently, we have not shown that,” she added.

“Performers and models can join the Adult Performer Advocacy Committee to stay informed of the current politics in adult film as well as find support from their peers to navigate this industry and the stigma that comes with it,” Li explained. “Stay informed and stay safe.”

James added, “Though the measure is largely unenforceable thanks to successful litigation, it marks yet another piece of legislation that seeks to criminalize our industry and community members, making our work of thriving in one of the most amazing and expensive cities in the world that much more difficult and dangerous.”

Adult performer and cam model Mia Li is the current president of APAC. Find Li on Twitter at @LoveMiaLi.

Adult performer and producer Jay Taylor has also worked as a cam model since 2010. Find her on Twitter at @Yippieskip. 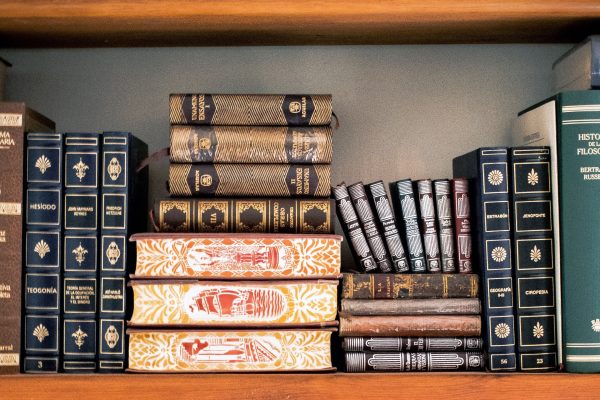 The FSC Has Released a ‘Simplified Guide’ to California’s AB5 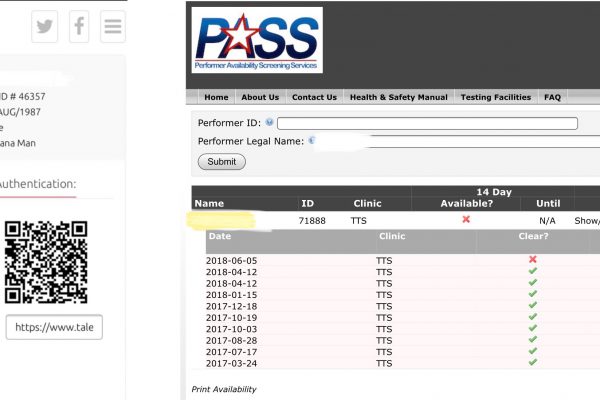