Exploring ‘The Last Days of August’

Her husband emphasized the role of cyberbullying, but 'The Last Days of August' explores the plethora of other factors in the death of August Ames.
SHARE
Facebook
F
Twitter
T
Google
G
Pinterest
P
COMMENTS

Then, in December of 2017, Ames committed suicide.

About “The Last Days of August”

Journalist and documentarian Jon Ronson conducted an in-depth investigation of the circumstances surrounding her death. Ronson’s investigation culminated in a 3-hour, 43-minute audiobook — “The Last Days of August” — released on January 3, 2019.

Ronson’s audiobook is an in-depth, detailed exploration of Ames’ life, work and death, but we are left with no real conclusion. There is no complete answer to the mystery of August Ames — and probably never will be. The only person who could solve it is gone. Regardless, I encourage everyone in the sex industry to listen to this audiobook. You can stream or download it from Audible.

Ronson’s audiobook does a sublime job of making Moore out to be a controlling, manipulative emotional abuser. Ronson also asks friends and colleagues of Ames about her relationship with Moore. They often say he’s a little off, or odd, or possibly a little controlling — even those who admitted to not knowing him.

These interviews distance the podcast from exploring “the last days of August” and serve mostly to paint Moore as a shitty person, insinuating his role in Ames’ life also could have contributed to her decision to end it.

At 2:57:40, politely confronted with these testimonies, Moore says “I can’t be a shitty person all the time.” There are lots of different interpretations of his character and his relationship with Ames. The last hour of the audiobook distances itself from the “Kevin is not a good person” argument, humanizing him and reminding listeners that no matter what, he is still a grieving husband.

Ames’ childhood and teen years are discussed throughout the audiobook. She was a victim of childhood sexual abuse by a relative of her father’s. When she summoned the courage to tell her parents, her father and his family didn’t believe her. Growing up, Ames said in a (now deleted) podcast interview with Holly Randall that her father’s side of the family called her a liar. She was later put into foster care.

Happy Birthday to my brother James today!:)🎂🎊🎁🎉🎈 wish I could be back in Alberta celebrating with him…so if you guys see him out tonight wish him a happy bday:)😘💋

Moore himself theorized that Ames felt rejected by industry peers when she faced backlash after posting a controversial tweet. This mirrored her experience of being rejected by her biological family. Being called out, rejected or cyberbullied by her industry family, Moore says, was what pushed her over the edge. Katrina Jade tweeted a similar sentiment.

In his interview, Grabowski criticizes Moore for focusing so heavily on cyberbullying following Ames’ death, instead of addressing other industry and mental health issues that also likely played a role.

All of this egotistical narcissistic bullshit to save your own ass, over a girl, a nice one at that. who is now dead.
that’s what’s really disgusting and shows the real core of someone.
solidarity my fucking ass. pic.twitter.com/mpQW1C8yaK

Around 76 minutes into “The Last Days of August,” Grabowski reads a series of texts from Ames herself to an anonymous friend detailing the on-set boundary violations she experienced at the hands of Markus Dupree during a school-themed scene. Marcos Rivera, renowned industry photographer, was on set that day and walks listeners through what he saw.

In text exchanges with another friend, Ames said Dupree was way too rough, and she was in “panic mode.” According to Hix and Grabowski, this incident took a heavy toll on Ames. Hix said the on-set experience with Dupree then caused Ames to miss work. She also claimed that Ames told her she “couldn’t even have sex anymore.” Moore reportedly “threw a fit” to company execs, and the scene was never released. The production company later allowed Ronson’s producer, Lina Misitzis, to watch the footage. According to Misitzis, it happened mostly as Ames had described it in those texts.

After filming, performers are required to give an exit interview to establish consent. Several other performers say this exit interview requirement is unethical in practice — you risk losing your paycheck for that day or being blacklisted by directors/companies. After doing the scene with Dupree, Misitzis said, Ames gave a positive exit interview while visibly on the verge of tears.

One thing not to be disregarded is the fact that August Ames had struggled with mental illness throughout her life. In Ames’ own words, “it doesn’t go away.”

In an industry so stigmatized by outsiders, sex workers have few places to turn with these struggles. For example, anyone seeking a therapist wants to find someone they can connect and be honest with, who understands them and doesn’t judge them. Because so much of the general population harbors biases, dislike or even hate toward sex workers, it’s more difficult for sex workers to find therapists who won’t judge them or blame all of their emotional struggles on sex work. Ames had found a therapist just two months before she died.

Ames’ Legacy: What Follows “The Last Days of August”?

Now, just over a year after Ames took her own life, we should consider — what would she want us to do?

At the very least, we need to support existing organizations that provide mental health services to sex workers and make mental health services accessible to everyone, always. We should insist that performers get paid for their labor, regardless of whether they had fun filming a scene, and hold executives accountable to keep performers safe. We can demand that performer grievances are listened to and properly addressed.

Production crews should be more aware of how their performers are acting and feeling during scenes. Misitzis, when she watched Ames’ performance with Dupree, says she could tell Ames was uncomfortable, even as she tried to stay in character. Why then did others on set that day not see anything wrong? Why do women so often feel like they can’t or shouldn’t voice their concerns at work, during sex or, in the case of porn, both? Why must performers choose between reporting discomfort/abuse or being given the pay they worked for? When you are assaulted, abused, traumatized and/or mentally ill, feeling like no one listens makes you feel worse.

On August Ames’ 24th birthday, August 23, 2018, her ashes were spread across a lake in Sherbrooke, Nova Scotia. Her headstone, overlooking the lake, is inscribed with the words “My Mermaid.”

The St. James Infirmary is a health and safety clinic in the San Francisco Bay Area run by sex workers. They provide psychotherapy, primary care, hormone therapy, harm reduction supplies and other services for sex workers and their families. 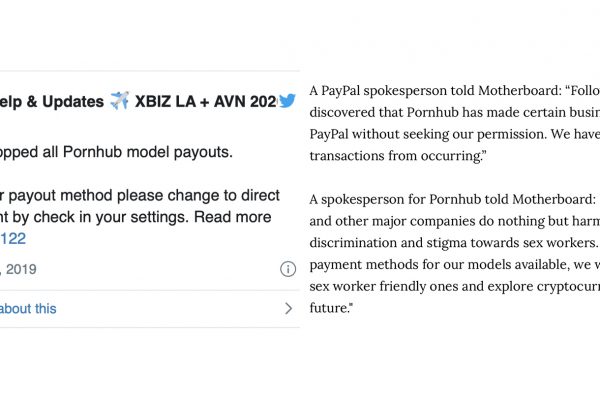 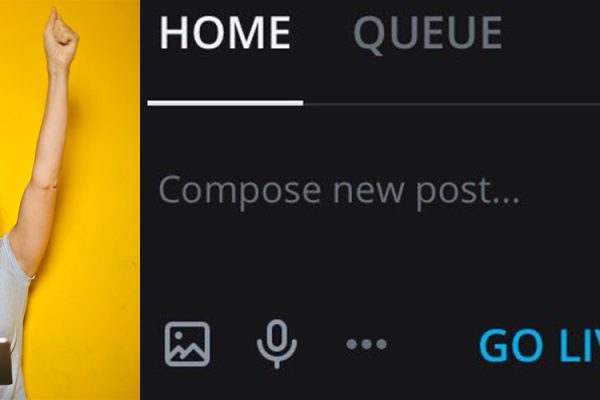 Sites Cash In On the Fan Club Market 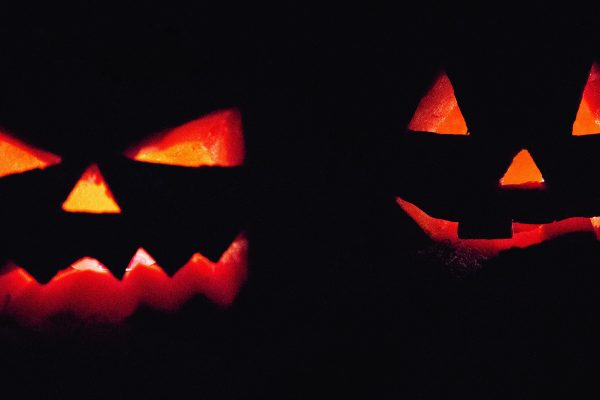