Per TechCrunch, Twitter announced it’s expanding its policies to prohibit/prevent financial scams on the platform. Call me kooky, but isn’t this something you’d think would’ve already been banned? Apparently though, these specific sorts of scams was never directly addressed in the platform’s policy documentation.

But huzzah! No longer.

We’re always updating our rules based on how online behaviors change. Today we're expanding our policies to prohibit financial scams.

Now, it’s not that Twitter was previously unaware of financial scams happening on its platform. And until now, financial scams on Twitter have been handled through its spam reporting tool. This tool, incidentally, was expanded last year to *approximate* what type of spam or scam a tweet contained. I say “approximate” because, as we all know, there’s no way to accurately describe every type of spam or scam we in the industry come across on a daily (hourly?) basis.

Their attempt to shutter “activity that attempts to manipulate or disrupt Twitter’s service,” however, was/is duly noted. 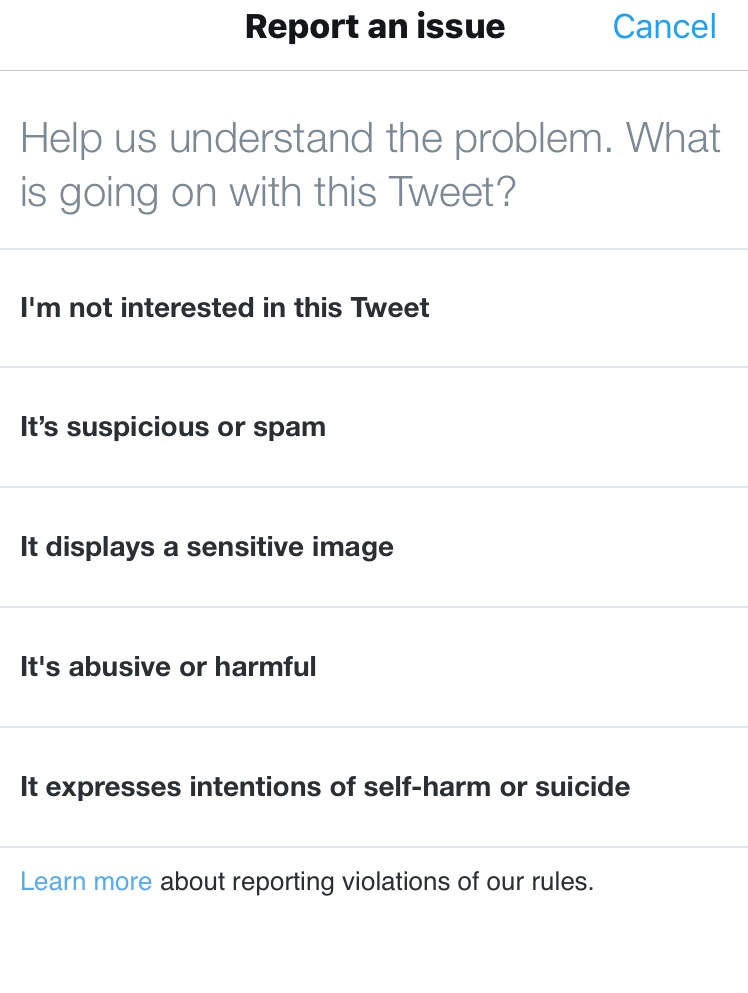 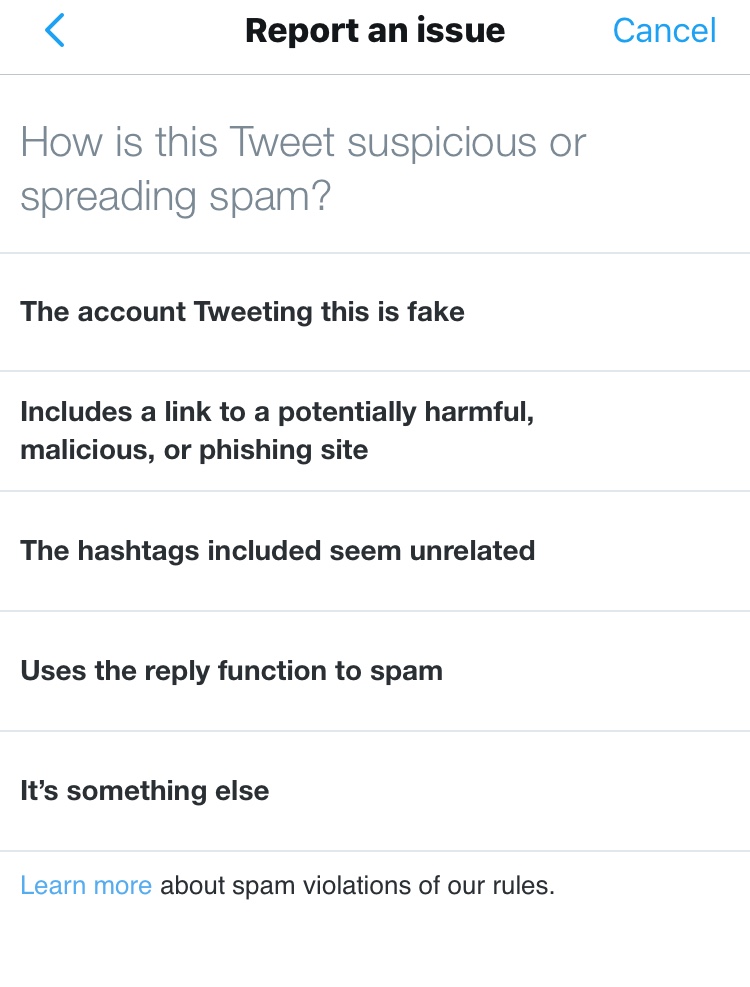 As you can see from my fancy screengrabs, among existing choices to report sketchy tweets were options to indicate if the tweet contained malicious links, was from a fake account, was using hashtags or was using the reply function to post spam, among other things.

Obviously, these choices do not address numerous sorts of scams and spam, including finance-related, that appear on Twitter.

The new policy attempts to better spell out what Twitter considers a financial scam. Specifically, it says: “We want Twitter to be a place where people can make human connections and find reliable information. For this reason, you may not use Twitter’s services to deceive others into sending you money or personal financial information via scam tactics, phishing, or otherwise fraudulent or deceptive methods.”

Twitter goes on to say that “using scam tactics on Twitter to obtain money or private financial information is prohibited under this policy. You are not allowed to create accounts, post Tweets, or send Direct Messages that solicit engagement in such fraudulent schemes.”

Examples of prohibited, deceptive tactics include:

Relationship/trust-building scams. You may not deceive others into sending you money or personal financial information by operating a fake account or by posing as a public figure or an organization.

Money-flipping schemes. You may not engage in “money flipping” schemes (for example, guaranteeing to send someone a large amount of money in return for a smaller initial payment via a wire transfer or prepaid debit card).

Fraudulent discounts. You may not operate schemes which make discount offers to others wherein fulfillment of the offers is paid for using stolen credit cards and/or stolen financial credentials.

Phishing scams. You may not pose as or imply affiliation with banks or other financial institutions to acquire others’ personal financial information. Keep in mind that other forms of phishing to obtain such information are also in violation of our platform manipulation and spam policy.

The relationship/trust-building scam prohibition! This sounds like something that could be helpful, as do all the others.

Mark my bitter, hateful words though: Even though this one point seems to include fake accounts impersonating industry personalities and scamming followers out of money and whatever else… And even  though a litany of other scams fall under the umbrellas cast by the other prohibitions, manifestations of  these and related problems as they occur within the adult industry community will not be addressed.

In fact, as we all know, these scammy accounts are allowed to operate unscathed while actual, legitimate industry-related accounts exist in the shadowbanned grays, with no recourse. I imagine this will continue to be the case — but hell Twitter, prove me wrong! Please. 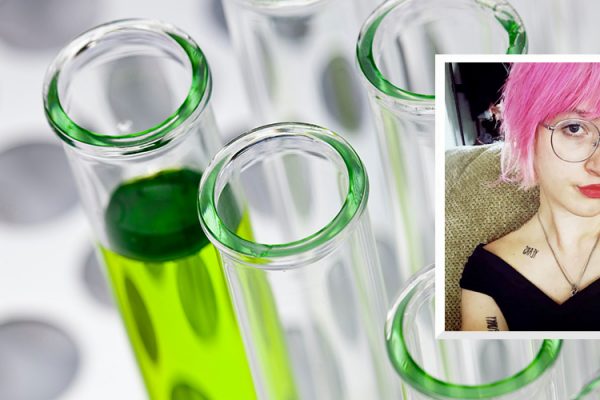 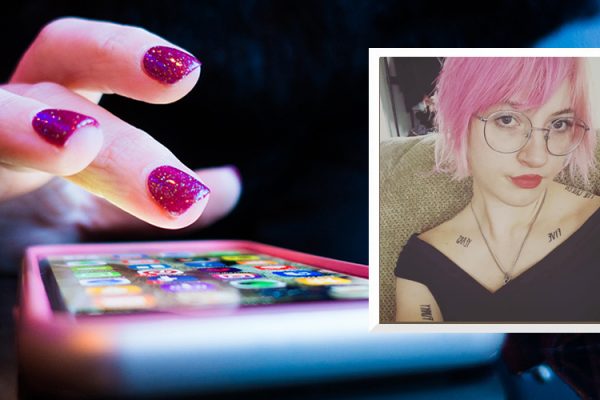 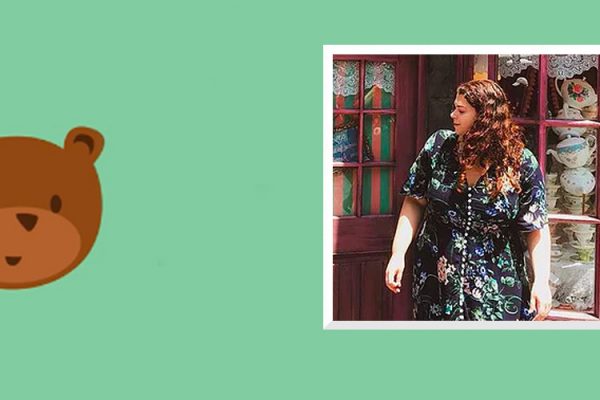