On September 20, 2019, sex workers across the spectrum experienced a mass Twitter lockout under the suspicion we might be bots. We were required to provide our phone numbers, only to find we had lost scores of followers once we regained access to our accounts.

Many members of the community were discussing the lockout. Violet Doll stated in a thread on Twitter, “I’m curious as to how many accounts have been locked with no explanation from twitter.”

“When I first got word, I tried not to panic. We’ve been reading warnings for yrs & nothing,” she continued. “Now friends & peers are disappearing. Years of work, gone in mere seconds. These are businesses! We were told we’re welcome here.”

When I first got word, I tried not to panic. We’ve been reading warnings for yrs & nothing.

According to Amberly Rothfield, a well-known marketing and business coach in the sex work industry who I corresponded with directly via Twitter DM, “Twitter forced many in the adult industry to verify themselves with their phone numbers, including some customers. Even accounts like mine that already had two-step authentication.”

Twitter has long been fickle with sex workers as their Terms of Service constantly change and evolve. According to Twitter’s current Sensitive Media Policy, adult content is allowed (aside from livestream, banner and profile photo) as long as settings are set to “sensitive content.” Regardless of this current policy — and regardless of following it it to the letter — shadowbanning has become common within the community.

Post-SESTA-FOSTA, many websites that sex workers use for business purposes have either shut down or implemented extreme censorship. Twitter is one of the last mainstream social media sites allowing sex workers to market and advertise. Many dommes, cam models, phone sex operators and escorts rely on the platform as a means to reach new audiences and maintain their current following.

When asked why she believed the mass lockout happened, Rothfield responded, “I do not feel comfortable asking the why as it is all theory and feel trying to figure that out distracts from what we should do now that we realize Twitter wanted our data.”

Many sex workers operate anonymously for their safety. We operate in gray areas and margins and sometimes outside the legal system. We often operate online where the threat of doxing is high. We purposefully take steps to hide our identities and personal information. We use stage names, Google phone numbers, VPNs, censored photos and the like to keep ourselves safe. Now, we have Twitter targeting us for our personal information? This is a major cause for concern.

Recently, Rothfield ran tests on Twitter in order to unearth information about how and why sex workers are being shadowbanned. She noted, “I discovered deliberate suppression of some company names (and many other words) within Twitter’s API when it came to hashtags. I also found a commonality within the ‘shadowbanned’ accounts and which companies they pushed. It was way too specific in scope for it to just be a mere glitch.”

Her advice to all sex workers utilizing Twitter: “We need to secure the foundation of business online for ourselves. Reliance on other people’s ‘houses’ has made it where many are scared for their incomes. Begin email marketing campaigns (which the vanilla world knows all too well), learn search engine optimization and start using platforms to build our own.”

Ways to Protect Your Online Presence

So, in light of wider media’s strained relationship with sex workers online, how can we work to protect our presence online? Keeping in mind that (apparently) nothing in this space is guaranteed and that terms and conditions and policies seem to change and be enforced at will, here are some suggestions.

We should focus on building a presence independent of mainstream social media and create our own websites where our followings can find us. I suggest using wordpress.org for websites and web hosting services such as industry-based service provider MojoHost and RedUmbrella, which was created by sex workers, for sex workers. While we will need to pay for hosting, our businesses will be protected.

The Twitter marketing bubble will eventually burst. Let’s ensure we proactively secure our businesses and the revenue streams we’ve worked so hard to create.

Ask Lola: How To Prevent Getting Doxed

Ask Lola: What To Do If You’ve Been Doxed 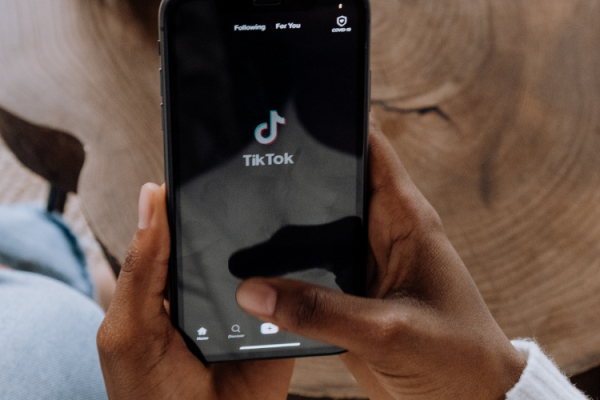