“I must know,” I exclaim at Audri Two the first time I correspond with her, “Is your name a nod to Little Shop of Horrors?”

To which she replies: “I’m a mean, green mother from outer space, and I’m bad.”

In a word, the answer is yes!

“I love watching cult classic movies,” she explained. “Female Trouble and Forbidden Zone are two of my favorites. I’m also a big Mystery Science Theatre 3000 fan. I grew up watching it on the weekends with my dad. It helped me appreciate and enjoy cheesy and downright terrible movies. I make my husband watch with me one bad B-movie a week.”

Audri Two has been camming since 2013 and worked in the industry for most of her twenties. And her name – that makes perfect sense!

“Now that I’m 31, I don’t see myself leaving [the industry],” she explained. “I have tried to work a vanilla job a couple of times when I got burnt out, but I always came back like a month or two later.”

Two loves camming and the cammunity, and she spends a lot of her free time helping other models with her knowledge and experience on forums and Twitter. But rather than talk about business tips and tricks specifically in her interview with YNOT Cam, Two wanted to focus on a topic that can be quite intense, but that many models have certainly experienced: being outed for being a sex worker to her family, who in this case were very religious.

Audri Two: I was in college and working a crappy customer service job, racking up lots of student debt and trying to balance school and fulltime job. I have had experience with sex work in the past — pro-dommed and was an exotic model for a brief period. Also, I am an exhibitionist. I was actively posting in Reddit’s r/gonewild.

I saw that I could possibly pay my bills and be able to focus on school full time. Camming also helped pay off my student debt.

What do you think about the work of webcam, in general?

Being self-sufficient has been the best rewarding aspect of camming. Sure, there are lots of guides, forums, videos and groups that I have used to help, but applying what I learned and figuring out what works and doesn’t work for me — sure the money is great, but knowing I did it all by myself has been phenomenal.

You wanted to talk about “getting outed as a sex worker and dealing with the potential negative fallout from your religious family,” and we really appreciate your willingness to share. What happened?

Once I saw it reached Facebook, I knew it was only a matter of time before someone I knew in real life would see it. My father’s best friend saw it at work and told him. My father told my mother. They are divorced but still have a good relationship. They were exposed to a side of me I had no intention of sharing. They are both very religious and conservative.

Yikes… What happened next?

It got bad. My outing was the worst-case scenario. I figured it was going to be bad, but not to the level that they went to.

Since I’m married, my husband got blamed. My father was threatening my husband’s life for allowing and making me do this. My mother was worse. She is well connected. She was on the phone with the ADA of Florida trying to get my husband charged with “illegal pornography” and threatening to fly all eight of her brothers and sisters with their families to picket outside of my home. So, threatening to out me to my neighborhood. She also threatened to ruin my husband’s chances of working in any Florida hospital. He was just entering school for nursing.

They were harassing both my husband and I to the point where we had to go to court to get an injunction for protection against them.

I know this is a difficult “comparison” (since you have no non-religious family to compare this experience to), but how did the religious aspect exacerbate the issues?

I went no contact with them for three years. Throughout the years my mother showed up at my home unannounced once and made a scene. She also tried calling me. She wouldn’t listen to me when I tried explaining how her actions could have gotten me hurt.

As a sex worker, no matter the type you are, it can be dangerous. If she outed me to my community, that could have gotten me unwanted attention. She also wrote me the most guilt-trippy letter — In a nutshell, [it said] I need Jesus — and signed my aunt’s name instead of hers. I knew my aunt didn’t write that letter because it read exactly like my mother. She told me I wasn’t allowed to feel empowered and questioned who I was.

My father, well, he eventually came around. The only real supporting family member was my very Catholic grandmother, his mother. She doesn’t agree or like what I’m doing but understands it’s something that makes me happy and she loves me. My grandma and I have always been close. We talk almost weekly for hours. When I say my grandma’s my best friend, I mean it. I can talk to her about anything. Without my grandma, my dad wouldn’t have finally accepted me.

We just started talking again when COVID-19 was getting bad in March. He apologized after I was able to air out my grievances and explain how hurt and scared I was. I had to get the police involved. My father has always been very over-protective of me, and I believed him when he was threatening to harm or kill my husband.

I was finally able to explain to him this is my choice, and my husband isn’t making me do anything I don’t want to do. Nobody influenced me. When I told my friends, they weren’t surprised. They always knew how sex positive I was. We aren’t talking as much as we were, but we now text and call each other once in a while.

Me getting outed also helped me finally come out how I was an atheist. My father always likes to preach to me and get me to pray with him. I always went along with it, but I was finally able to tell him my beliefs – or, non-beliefs. He has since stopped bringing up God, because I think he now fully respects me. We did go three years of no contact, and he isn’t going to risk that again. 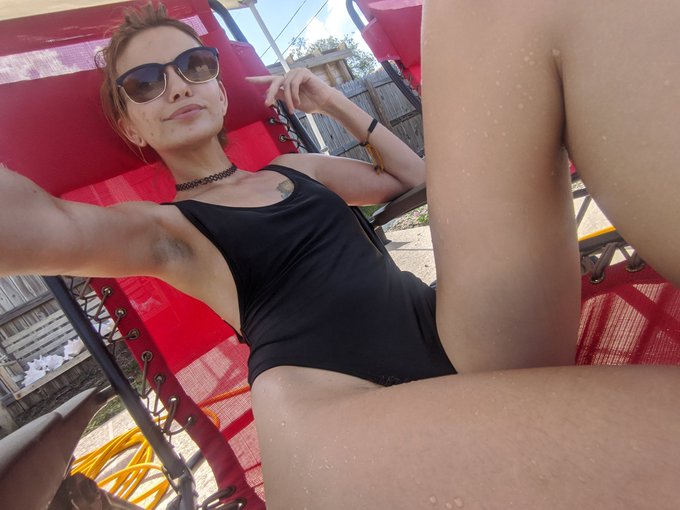 How did you manage your emotions and general wellness going through all that?

Therapy was my saving grace through all of this. I was able to come to terms with my situation. If I didn’t have my therapist, I don’t know what I would do. I had to learn new coping mechanisms. I was a mess after I got outed. I cried nonstop and my anxiety was at its worst. I always struggled with anxiety, but I was so afraid to show myself. I learned how to meditate and let go of my emotions, while at the same time dealing with my situation.

For people that may be experiencing similar issues, what’s your best advice?

I always recommend therapy after being outed as a sex worker, and to give it time. Focus on you and your mental health before you can try to mend your relationship with your family. Focus on your positive support structures and your friends and family who are okay and accept you. Sometimes they will eventually come around, or not. I don’t think my mother is ever going to come around because she has a narcissistic personality. You have to be okay with that too.

If a model isn’t out with their family or friends, they need to accept that there may be a time where people in your life will find out. There are models who go their whole career without family finding out, but not everyone is lucky. If you don’t want people finding out or if you don’t think you can accept having those relationships broken, don’t cam.

Expect everything is being recorded and uploaded on tubesites or pirated sites. You can try to DMCA them, but they don’t always work. Also if you try to remove it, there is a thing called the “Streisand effect.” You try to censor it, and it spreads more.

My dogs are my life. I am that annoying person who treats their animals like their children. We rescued both of them. I am waiting to move into a bigger place so I can foster Chihuahuas. They are the second most euthanized dog. I have a soft spot for mean little yappy dogs because I grew up with them.

I would definitely hope for universal healthcare for all. Healthcare should be a human right, not a privilege. I’m also pretty passionate and am somewhat of an activist. 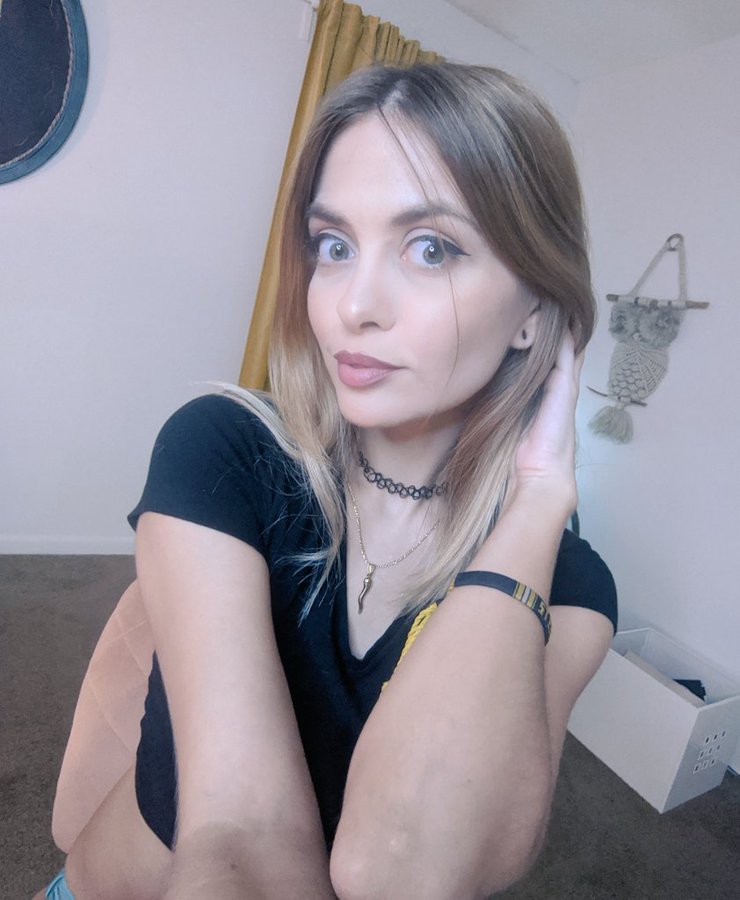 Confession: I am incapable of interacting with Audri Two, including writing up this interview, without thinking about Little Shop of Horrors (1986).

I know it’s a musical and probably some other stuff, but I saw the 1986 movie version when I was a kid and that’s basically how it unfolds in my mind — including the part where Ellen Greene’s Audrey informs some random guy walking into the florist shop that the plant is an Audrey II.

Some things just stick in your brain, ya know… forever.