'Our industry employs people who know they wouldn’t fit into the typical corporate lifestyle... and aren’t willing to accept a shitty life for themselves while those around them find success through conformance.' -- Connor Young
SHARE
Facebook
F
Twitter
T
Pinterest
P
COMMENTS

By Connor Young, CEO and co-owner of YNOT

If you work in the adult entertainment business and you have some positive news to share about your company or your career, don’t bother looking to the mainstream media for help.

Maybe the news is just inherently negative and everyone gets this treatment? Not likely, since mainstream entertainment companies enjoy quite the push from their mainstream media friends. Media sites could pull this same game with Hollywood and choose to focus exclusively on its historic lack of diversity, actors being coerced into shitty things, and the crimes of sleazy studio execs like Harvey Weinstein. Instead though, most of what the news covers about Hollywood is either positive or neutral.

When a popular actor like Charles Grodin dies, the media is there to cover his life’s accomplishments in an appropriately respectful manner. Want to hear about actor Kayla Cromer’s efforts to help people with autism? Interested in what’s coming up on Netflix next month, the latest announcements from Warner Bros, or praise for a new documentary? Did an actor write a children’s book that nobody cares about? The mainstream press is on it.

No surprise right, since many of these media outlets are owned by companies that also own Hollywood movie studios. Disney owns ABC. CNN is a unit of WarnerMedia, and we all know what Warner Bros does. NBC is owned by NBCUniversal… and yeah the ‘Universal’ part of the name comes from THAT Universal, the iconic Hollywood movie studio. See a pattern here?

What about sports? The media could focus sports coverage only on fans or athletes who get accused of rape, murder or child abuse. Plenty of those stories are available. They could launch a series of investigative stories into the shady former business dealings of any number of MLB team owners, or all the drunken fist fights that happen at games. They could just write about combat sports companies that take advantage of poor and desperate fighters and lock them into unfair performance contracts.

But they’re too busy writing about “Jackie Robinson Day” or some athlete’s favorite charity. Did I mention Disney also owns ESPN?

You can spend hundreds of dollars (or in some cases thousands) to get your press release published by a wire service, maybe, depending on what you’re promoting. Just don’t expect to link back to your adult website even if the subject of the PR is approved, and don’t expect any mainstream news organization to actually pick up the story off the wire and give it meaningful eyeballs.

The good news (and this is where I pat myself on the back) is our industry has its own media sites, and since 1996 YNOT has been proud to be one of them. In the past few weeks alone we’ve written about job opportunities at JustFor.Fans, sex toy innovations from Motorbunny, the launch of a new website featuring all trans women, the latest legislation impacting adult businesses, new revenue options at SkyPrivate, an adult video game company’s art book Kickstarter campaign… and more. Outside our industry’s news sites, nobody else is writing about these things.

And our industry is worth writing about. The adult industry I know is admittedly a complicated place, but the years have shown me the good here far outweighs the bad. People who would scoff at that notion really don’t know this industry, probably because everything they know about it they learned from their local news station, or from some grandstanding NY Times editorial.

The adult industry does occasionally attract less than stellar people — which, being fair, is a problem with any industry where a lot of money is up for grabs. Hollywood has its Harvey Weinsteins and Kevin Spaceys. According to artist Tairrie B, the music industry “is filled with creeps, from liars and con artists to assholes and opportunists.” Anyone remember Michael Jackson? Gary Glitter? Hey! The NFL has its share of thugs and outright criminals, the NCAA makes insane money off unpaid athletes, and Aubrey Huff is a person who played professional baseball. Floyd Mayweather is still making a lot of money, last I saw. The owner of the Houston Astros has a very colorful past, yet somehow was allowed to buy a baseball team.

The mainstream press has always rocked that smug and judgmental tone that delights in tragedy. It masks the odious nature of its pundits behind grandstanding and self-righteous pearl clutching. Without their help, our industry has succeeded nonetheless.

Connor Young is the CEO and co-owner of YNOT and the founder of the YNOT Cam Awards. His time in the industry dates back to 1997, when he started out as an independent website developer. He has spoken at countless industry events and also served previously on the Board of the Free Speech Coalition. Follow him on Twitter at @ynotconnor.

In Case You Missed It! 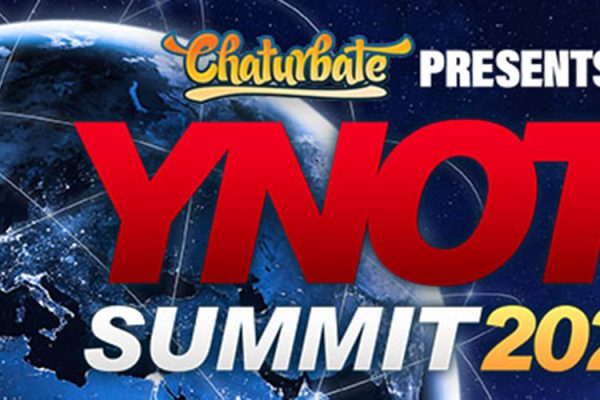