Christy Mack could have hid from the public eye after her ordeal with War Machine, but instead she’s rebuilt her life. She’s taken up activism and healthy living in a very public way.
SHARE
Facebook
F
Twitter
T
Google
G
Pinterest
P
COMMENTS

Author’s Note: Media does not typically name survivors of sexual assault and/or abuse, especially during legal proceedings. Christy Mack has voluntarily released her given and stage names to the public in reference to the trial of War Machine, which is the only reason we use them here.

When Mack began working in the adult entertainment industry in 2011, women with tattoos were still looked at a bit askance by directors and producers, presumably due to concerns about their bottom line. And women who were heavily tattooed like Mack? They were relegated to niche at best.

Paving the way for the likes of Anna Bell Peaks, Christy Mack helped change all that.

Perhaps due to the power she garnered from her massive social media following, Mack was able to call the shots in a way no other performer had before her, tattoos be damned. She was able to demonstrate her marketability, with numbers, and the industry (and pop culture) went gaga. She became a very high-profile and sought-after performer.

Today, Machine is on trial in Las Vegas. He is accused of brutally assaulting Mack one night in August 2014, allegedly the culmination of physical and sexual abuse that had spanned almost the duration of their romantic relationship. According to Mack’s statements, he showed up at her home around 2 a.m., beat her severely and threatened her life. He’s also alleged to have attacked Mack’s friend, Corey Thomas, who was present the same night. According to Mack, she eventually escaped and ran naked through her neighborhood, knocking on doors until someone provided help. After a week-long manhunt, police captured Machine in Simi Valley, Calif.

Mack’s injuries reportedly included a damaged liver, broken ribs, broken facial bones and shattered teeth. Her face and teeth needed reconstructive surgery. “I believed I was going to die,” she wrote at the time. “He has beaten me many times before, but never this badly.”

Added below are the graphic photos and story about what happened pic.twitter.com/U1T1X2OP4d

Machine has pleaded not guilty to all 34 counts against him, which include attempted murder, sexual assault and kidnapping. If convicted, he could serve a life sentence behind bars. (Machine, 35, is using his birth name in court. Because he’s just that much of a hardass, ya know.)

Not gonna lie: This trial and all the events surrounding it disgust, repulse … and inspire me.

I find War Machine repulsive. A decent fighter in his day, Machine was never a champion. So, in typical insecure-dude fashion, he fashions himself as a doer of “Alpha Male Shit” (that was the name of his T-shirt company, no joke) and goes down the most textbook cycle of abuse. Who really knows his story — his mental state, his own history of trauma, his feelings of failure and insecurity. Not that any of that matters.

I find much of the coverage of this trial so far and most of the coverage of the events leading up to it disgusting. The slut shaming. The misrepresentation and false equivalencies drawn between rough sex fantasy and engagement in specific narratives in order to keep an abuser at bay. He said they were into rough sex; she said she told him what he wanted to hear so he wouldn’t physically harm her.

But more than repulsed or disgusted, I find myself inspired by Christy Mack’s bravery. She could have run away and hid from the public eye, but instead she’s rebuilt her life. She’s taken up activism and healthy living in a very public way — something that does public good. She doesn’t apologize for her choices — not for choosing to be in a relationship with War Machine nor for being a sex worker, both of which are used repeatedly in the media to shame her. She refuses to be blamed for the abuse that occurred. And she’s out there, using her real name and public platform, speaking out for other survivors. Her bravery is awesome.

“I just wanted to make him happy,” Mackinday told a jury on March 8. “I could prevent being hit, or him being angry, by doing something sexual. Now I understand the manipulation and abusive relationships. I look back, and I know that’s not how things should have been.”

Below, Christy Mack explains why she is coming forward now. 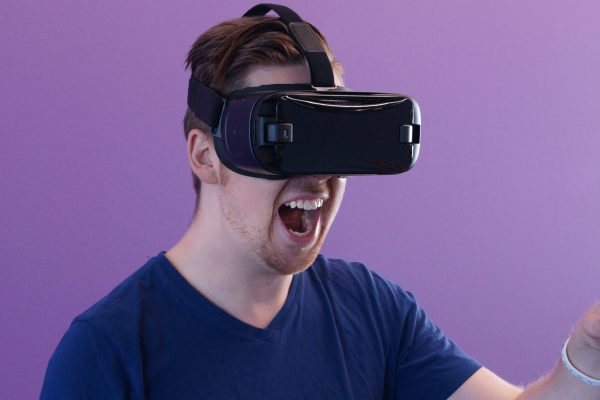