Do you ever wonder how Facebook knows a picture of you is a picture of you? Have you ever noticed a cam photo of you pop up on your personal account? Though the actual “how” may be an algorithm-driven mystery, here’s what Facebook says:

When someone uploads a photo of you, we might suggest that they tag you in it. We’re able to compare your friend’s photos to information we’ve put together from your profile pictures and the other photos you’re tagged in. If this feature is turned on for you, you can choose whether or not we suggest your name when people upload photos of you. Adjust this in your Timeline and Tagging settings.

We currently use facial recognition software that uses an algorithm to calculate a unique number (“template”) based on someone’s facial features, like the distance between the eyes, nose and ears. This template is based on your profile pictures and photos you’ve been tagged in on Facebook. We use these templates to help you tag photos by suggesting tags of your friends. If you remove a tag from a photo, that photo is not used to create the template for person whose tag was removed. We also couldn’t use a template to recreate an image of you.

Facial recognition systems that attempt, with increasing accuracy, to verify a person’s identity from a digital image or video capture have been around for a few years now. The trend is primed to spread well beyond security cameras, criminal databases and Facebook.

Facial recognition in real time is often just a matter of looking into a camera lens. When you do this, you allow software to make rapid simultaneous measurements of your face — measurements that are as distinct as your fingerprint. Computers are becoming so good at recognizing faces that soon you will be able to make purchases, book tickets and unlock doors in the time it takes to snap a selfie.

ATMs in Macau are using facial recognition software to more closely monitor capital outflows in China. The Jiangying Airport in Nanyang, Henan province (also in China) allows passengers to have their faces scanned in lieu of using boarding passes. Thanks to a program developed at Carnegie Mellon University, law enforcement officers need only a photo to enable a cloud-based search of thousands of commercial sex websites looking for facial matches of potential human sex-trafficking victims.

But that’s not the point.

Though we seem to have no problem with “thumbprint recognition” — I sometimes forget my phone password because I have a thumb! (jk, but you know what I mean) — the idea of facial recognition software seems to make most people lean in to hear what’s next. In 2017, facial recognition systems are more secure, convenient and fun-exciting-app-tastic, but they could also let security forces track and identify people with far more precision. Because it’s way easier for an eye in the sky to zoom in on your face than it is your thumbprints.

Here’s the thing. Yes, facial recognition technology has the potential to make your life easier: no more annoying boarding passes or flashing that terrible pic you got snapped at the DMV. But all this will have increasingly significant ramifications for privacy and state surveillance, further minimizing the former while ramping up the latter.

We all know that some clients and fans will do anything to find you, meet you or learn some secret about you. If you haven’t had this experience yet, it’s coming — and you likely already know another model who’s dealing with this sort of thing on the regular. Consequently, being mindful of what’s out there in terms of facial recognition technology is a super-wise thing.

Deep learning is a relatively new form of artificial intelligence involving a network of complex algorithms that are loosely based on the neural networks of a human brain.

Oh, if you haven’t seen Minority Report (2002), you should at least watch the trailer, even if it does have Tom Cruise. Email me. 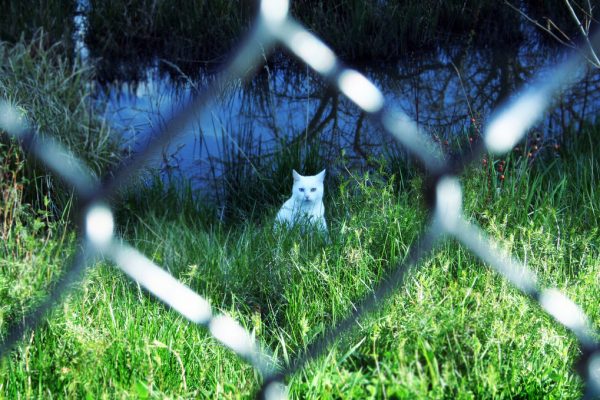