I smoked for ten years full-time before taking a good four years to wean myself off them completely. It’s been years now since I’ve smoked a cigarette, but I fucking tell you: I still sometimes dream about them. And whenever something stressful happens, to this day, I still rub at the inside side of my right hand middle finger with my thumb, trying to flick a cigarette that isn’t there.

No surprise then that when vaping became a thing, I noticed. I noticed, I think, because I was like, There’s no way oil suspended in steam or vapor or whatever can’t have some bad lung impact. I was trying so hard to not smoke cigarettes that I did everything in my power to avoid the the tantalizing, seemingly consequence-free sexiness of vaping.

Where did vaping even come from?

In 2003, what would become the first commercially successful electronic cigarette was created in Beijing, China by Hon Lik. Lik was a 52-year-old pharmacist, inventor and smoker who reportedly created the device after his father, who was also a smoker, died of lung cancer. The company Lik worked for subsequently developed the device and named it “Ruyan,” which means “like smoke.” Soon after, in 2006 through 2007, electronic cigarettes were introduced all over Europe and in the US.

Now, electronic cigarettes are everywhere. Aviation has dealt with them. (I can legit remember a girlfriend puffing away on an e-cig in the cabin of a Southwest flight from LA to Denver circa 2010-ish like it was no big deal — can you imagine?!) The FDA has incorporated anti-vaping messaging into its health and wellness initiatives. (In 2017, 2.1 million middle and high school students reported they use e-cigarettes — wtf?!) And the current best way to consume cannabis in public is via vape. (Welp.)

Throughout all of this inventing and introducing and policy making and campaigning, one question always loomed: When was that other shoe — you know, the “lungs bleeding” one — gonna drop? Well friends, it seems the time has come.

Because electronic cigarettes are gadgets, TechCrunch reported on a vaping-related death back in August. They wrote that “Vape Lung has claimed its first victim” and continued:

A person has died from what the Centers for Disease Control and Prevention [CDC] speculate is a vaping-related condition. Nearly 200 other cases of varying severeness have been reported nationwide, described by the CDC as “severe unexplained respiratory symptoms after reported vaping or e-cigarette use.”

No information was provided about the deceased other than that they were an adult living in Illinois, and that they had died of some sort of pulmonary illness exacerbated or caused by vaping or e-cigarette use. Others affected in that state have been between 17-38 and mostly men…

According to TechCrunch, as little is known for sure about this growing problem, the CDC team was hesitant to go beyond saying “there was good reason to believe that these cases were all vaping-related, although they differ in some particulars.”

Now, you might be thinking, since they don’t actually know anything, what’s the actual danger here? What are these “particulars”? Is the risk related to some byproduct of the nicotine cartridges, or of THC ones (or both)? Is it something that happens when vape juice meets steam, as in, the vapor itself? What about the variables of temperature and concentrations? Is Vape Factor X directly impacting the lungs, or is it entering the bloodstream? Whaaaattttt’s happening?!

According to TechCrunch, no one knows yet. In fact, all researchers and scientists have *really* seen is an uptick in respiratory and/or pulmonary issues where the sufferer is also using vape products.

SFGate got a little more gnarly though when they reported earlier this week that 57 cases of a lung illness linked to vaping were reported in California. That, and one death. As in, one more death.

A mystery lung illness linked to vaping is on the rise, and US health officials are warning people to avoid electronic cigarettes until they figure out why some users are developing life-threatening breathing illnesses.

The California Department of Public Health is investigating 57 potential cases of acute lung disease among people with a recent history of vaping, beginning in late June. Some cases involve people who vaped cannabis products purchased from unlicensed sources, though the agency has not provided a specific number.

On Friday, health authorities in Los Angeles County announced the first known death in the state associated with vaping a marijuana product. The death is under investigation.

According to SFGate, officials have identified about 450 total possible cases of Vape Lung, including as many as five deaths, in 33 states. Most patients report using both nicotine and THC vape products, though some report vaping only nicotine.

Clearly, something is going on with some vape products somewhere. It almost seems like a segment of the supply chain is contaminated in some way or something.

SFGate also reported that, according to UC San Francisco professor Dr. Danielle Ramo-Larios, “The exact cause of the lung disease has not been identified, but it is likely due to additives in the vaping liquid, including vitamin E, that can be dangerous when they are heated and inhaled.”

“Not all vaping products have these additives, but it can be hard to know which ones have them and which ones don’t because not all ingredients are listed on vaping liquids, especially black market products. The only way to avoid these particular ingredients is not to vape,” Ramo-Larios added.

Truth: There are all kinds of reasons why a person would want to vape. You want to quit smoking cigarettes. You want to smoke weed without the actual smoke or the actual weed. Vaping seems less gross, less stinky, more sexy and probably possibly a good cam prop — but this shit is also scary.

If you use vaping products, be it for nicotine or THC or both, and have been experiencing coughing, shortness of breath, fatigue or chest pain, tell your doctor. Be aware, friends.

Photo by Isabella Mendes from Pexels. 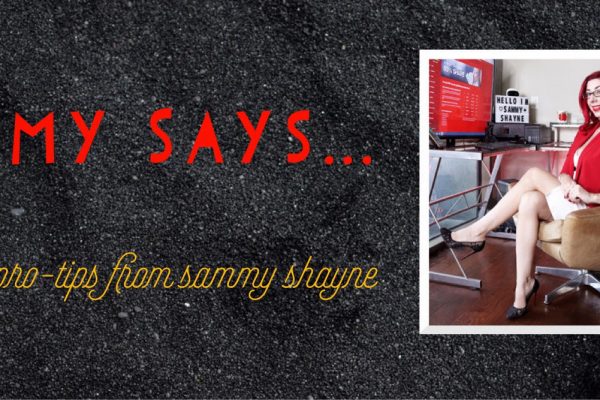 Ask Lola: Can I Cam If I’m Not Consistent? 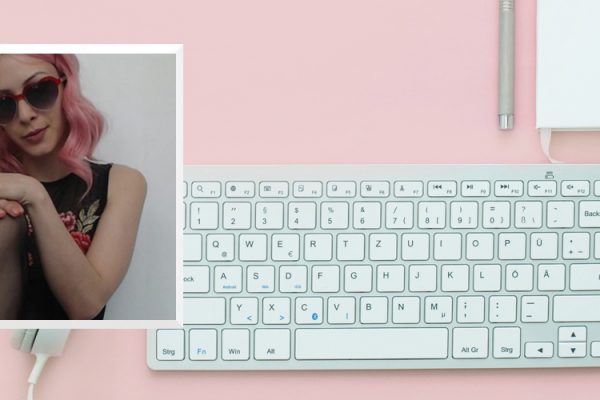 Ergonomic Camming: Be Pain Free at Your PC
COMMENTS 0