Quick and Dirty Media: Editing and Design for Independent Producers

I think I'm at a point where an assistant makes sense. Does anyone have one they can recommend? I want someone who is well-versed in IWC, C4S, MV, NiteFlirt, etc. I basically want to outsource the back end stuff so I can focus on customer interaction.

…which eventually led me to this guy:

It's been almost a year since I met @SavvyV online. Since then we've become good friends, I've started @QuickDirtyMedia, & met so many great people in this industry. Today I finally got to have a few beers with her & get a couple of hugs, which were decent. Can't wait for AVN. pic.twitter.com/ycFAqnF4h2

…and I just had to ask him some questions!

Quick and Dirty Media, an LLC registered in the state of Ohio, officially opened its online doors this past April. It started off as a video editing service, but expanded soon after to offer photo editing, graphic design (including logos and watermarks), content shoots for models (both photo and video), content consulting and content management services as well — stuff that can definitely be creative and fulfilling, but stuff that can also just as easily be a mind numbing, maddening time suck if it’s not your forte.

Read on to learn more about G and Quick and Dirty Media, a service provider that’s been a lifetime in the making!

YNOT Cam: Can you tell us about your background?

G: I went to school for Business and IT, and I’ve been in some sort of sales most of my life, usually selling some type of technology. I’ve also been a network administrator. I do still currently have a “day job,” but hopefully one day I won’t.

How did you get interested in this line of work?

I can’t say it was ever something I specifically planned to do. I’ve always wanted to start my own business and knew I would at some point. I guess it was a question of what I was going to do and when I would finally do it. A number of things just sort of happened along the way that lead to me starting Quick and Dirty Media.

I was introduced to the world of video editing by a good friend of mine – J — who works in the movie and television industry. J is a videographer as well as a photographer.  What he did always interested me, and I was constantly picking his brain about it.

My interest in the business of the adult industry lead me to the camming community. Then eventually to clip sites and to models who were independent content creators. I’ve always loved this type of business model. Anyone could start with very little and build your own business from the ground up. Honestly, I was pretty jealous of models because of that. It seemed like a perfect business to me. It offers the freedom to be self-employed or make some extra money on the side.

On a serious note:

I a d o r e @QuickDirtyMedia! FAST and reliable video editing service and quite affordable. You can spend more time marketing when you outsource and if you are considering an editor who is dedicated to helping creators – Please hit them up!

So, you had all the pieces. What prompted you to put them together as Quick and Dirty media?

Based on my background, you can probably guess that I’ve always been a bit of a nerd. I used to play a fair bit of Xbox and made a few friends who were streamers and YouTubers. They were always making gameplay videos to put on their channels but never seemed to know how to edit video or want to take the time to do it. At the time I still hadn’t done a ton of video editing…

…[but] after a while I realized I wasn’t too bad at editing gameplay videos and really enjoyed it.  Eventually I got to a point where I started thinking maybe I could turn it into small side business… I did a search on Twitter for “#videoeditor” and that’s when my eyes were opened.

By looking under #videoeditor, you saw that there was a need in adult?

Once I did that Twitter search, I saw how many adult content creators were looking for help to edit their content and were also willing to pay for that help.

At that point I decided I should start studying the business side of adult content creation, webcamming and the selling and promotion of content… I started following cam models and content creators on the sites they worked on and also on Twitter. I’m also a podcast junkie, so I was able to find a number of great podcasts about the adult industry to listen to. Learning as much as I could about the independent side of the adult industry became a huge interest to me, and it still is.

Around the beginning of this year I was on My Free Cams looking for interesting models to follow and study. As I was scrolling down the page I noticed a model I hadn’t seen before. I have to be honest and note that as I was scrolling down the page it was her butt that made me stop scrolling.It was a pretty decent butt, and I happen to be a man who likes women so it caught my attention. I clicked on her room, and that’s how I met Savvy V.

Ladies & content creators! Do you need some editing work done? I know It can be very time-consuming to edit videos. For great rates and a quick turn around hit up @QuickDirtyMedia !

I can't thank you enough for all your help!💖

Up until that point I had never really interacted much with models on camming sites… [but] I could tell [V] really liked what she was doing and she was pretty good at it. From there we started chatting, and I also got to know a few of the regulars in her room too. I found myself making it a point to stop by her room to chat whenever I was online doing “research” on the industry. I’d say that V and I became friends pretty quickly.

Looking back this didn’t seem like much at the time, but it was pretty significant. Then V and I started regularly chatting offline. Just like I would pick J’s brain about editing, I was learning a lot from V about what it took for her to be a cam model and content creator. I’ll never forget one specific conversation where she said mentioned that she spent around four hours one afternoon editing her videos, when she really would have preferred to be doing a long list of other things instead. A light bulb went off in my head after she said that. 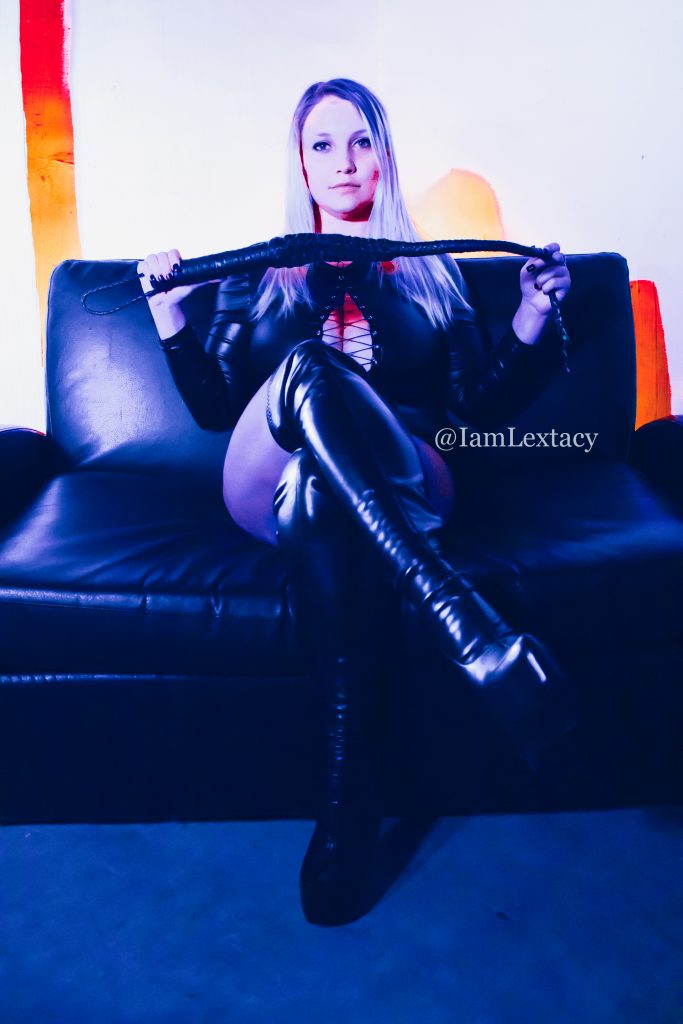 An example of G’s work.

Not long after meeting V, there was a night she had a specific show planned. I knew some of her regulars weren’t going to be able to make it online for the show. I had also noticed that while V sold a number of videos, she didn’t record and sell her show recordings like some other models did.

As a surprise, I decided to record her show and then edit the video so she could sell it to her members who missed the show or to anyone who may just want a copy. I know some models hate that people record their shows, but I had good intentions and never any intent to pirate it.

I wasn’t sure if V would be upset I recorded her show or not, or if she would even like the video I put together, but I took the chance and sent the video to her anyway. I can still remember how excited she was about the video. We were chatting shortly after that, and that’s when she asked me “Can I pay you do my videos?”

I’m pretty sure that was the moment I decided to start Quick and Dirty Media.

@QuickDirtyMedia does all my stream recordings and is amazing!

Can you describe some projects you’ve done that showcase the scope of your work?

Recently we did a content shoot for a local model who wanted to create more content but also branch out into a genre she wasn’t creating content in previously. We spent most of the day with her shooting multiple photo sets, as well as some video. What I enjoyed was helping her create types of content she hadn’t tried before. It was a lot of fun to put our heads together to come up with ideas of what to shoot and then how to shoot it.

There was a project I was working on for a client who sent me multiple video clips she wanted put together into a single video, which is pretty standard for us. As I was going through the clips, I noticed that during the majority of the “main” clip the screen was black. The gentleman who was in the video with her was obviously very distracted by her and by what they were doing, and in the middle of recording he decided to put the camera down and stopped filming.

Another project I’m very proud of is the first time a client asked us to manage one of her clip stores for her. She was growing very quickly and had a lot on her plate. She needed help getting her videos onto a clip site to sell.  Since we were already editing her videos for her, it made sense that we could help out with this. This isn’t something that’s very challenging or complicated, but what I’m really proud of is that she trusted us enough to do this for her. This showed me that if nothing else, we’re at least doing things the right way. 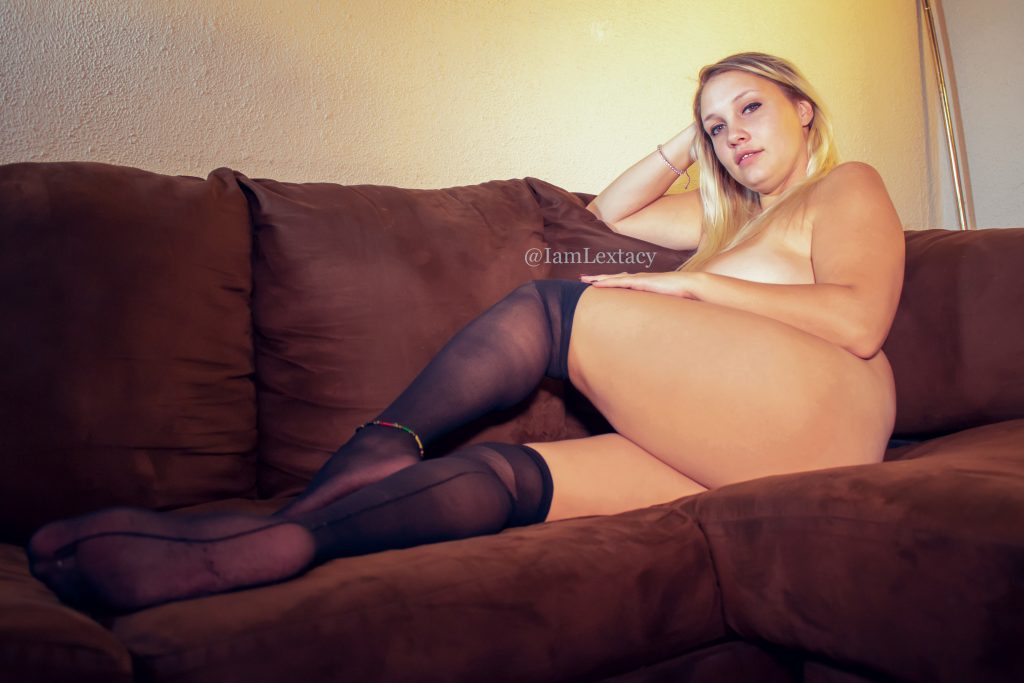 Another example of G’s work.

You sound really busy! What do you do when you’re not working?

With the little free time I do have, I try to spend as much of it as possible with my niece and nephew. I don’t have any kids myself, but being an Uncle is a pretty awesome gig. My niece and nephew are a little older now, so I have a lot of fun doing all sorts of things with them. We definitely have a lot of “Don’t tell your mother” moments. Their mother is my younger sister and only sibling. I’m very lucky to have a great immediate and extended family that I’m very close with.

I’m also a sports junkie. Baseball is by far my favorite sport, and I’m a huge Indians fan. As for other interests, I do like to enjoy craft beer and good bourbon. 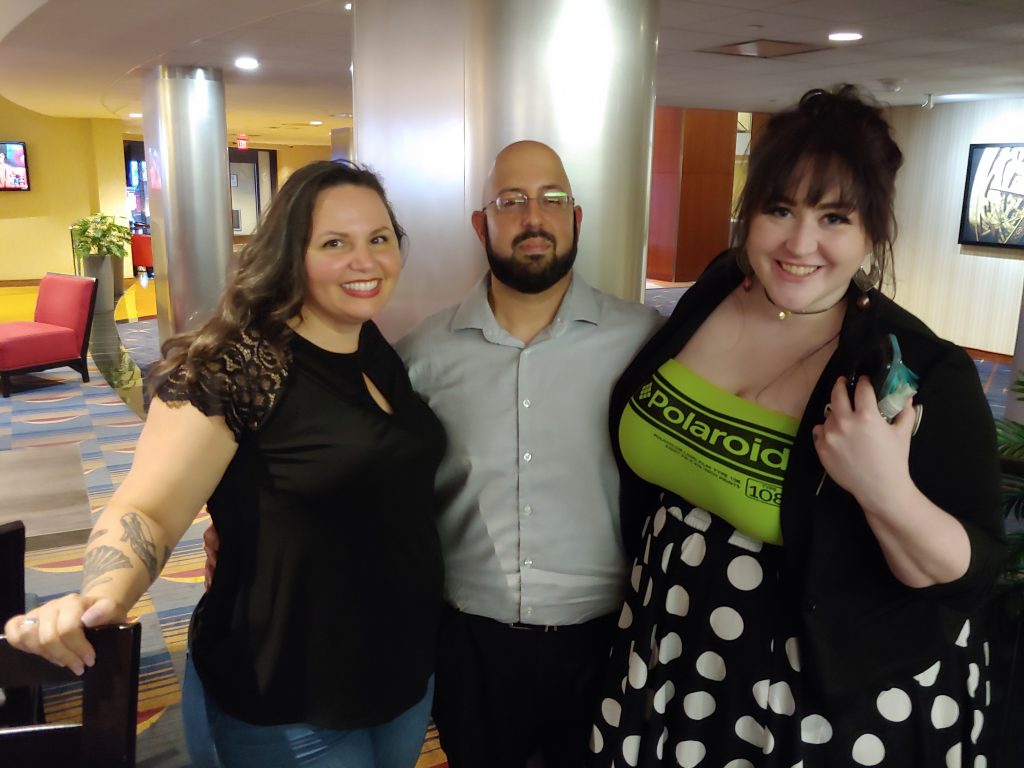 Executives, Getting Started, Interviews, Tips & Advice, Tools of the Trade
The FSC Has Released a ‘Simplified Guide’ to California’s AB5
Avoid the Salon with Coral’s ‘Nail Keurig’ 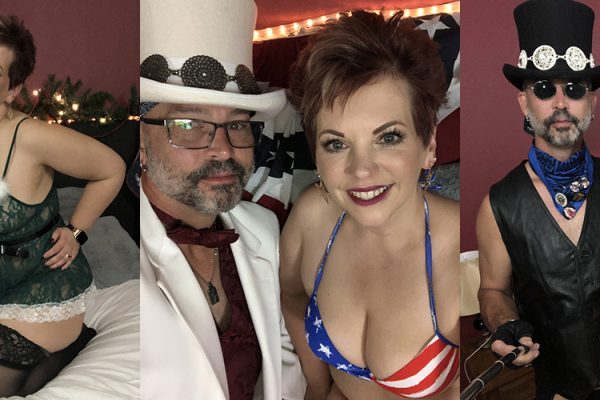