“I’ve been in the industry for barely a year,” Reed explained to YNOT Cam. “I started my Twitter account just before the New Year in 2018, and started camming a few days later.” Things took off from there.

Hailing from “the middle of nowhere in Indiana,” Reed has plans to relocate soon — to “a city, I just don’t know which one yet.” The best plans are the ones that take shape as the time passes.

Reed does have some plans for his future, though. In addition to working online, he’s about to graduate form university with a Biology degree and is hoping to get a job in the cannabis industry.

Take some time out to learn from this insightful, social justice-minded voice in the #YNOTMen cammunity!

What’s the best thing about working online? Where does the grind come in?

The best thing by far is being your own boss and choosing when you work, as well as getting to do it from your bedroom. One of the challenges is the inconsistency of it. I always tell people that one night you could make $300 in one hour, and then the next night $0.75 in 3 hours. Or, you could sit on cam for three hours and make $2 and then at the fourth hour one person comes in and completely finishes all your goals.

You just never know, but that’s the nature of it.

You were one of the very first people Wes Myers — who started the #YNOTMen initiative — suggested I speak to. What makes you amazing, and why did he suggest you?

Wes is one of the best friends I’ve made in the industry, so it’s not a huge surprise he would suggest me. Aside from that though, I had a really great first year in the industry – like winning the “Emerging Cam Star (Man)” Award at the YNOT Cam Awards in 2019 — and I learned a lot about the industry, so I think I have a good perspective to offer.

The main struggle that men who are sex workers have is just the fact that there isn’t as large of an audience as there is for women. But if you’re willing to put in the time and work, men can be just as successful as women.

I think the adult industry is unique from the rest of the world in that it is composed predominantly of women. It’s been pioneered and spearheaded by women, and it will continue to advance and become more socially acceptable because of women. But despite that, it is still easier to be a man and do sex work.

To lots of people, when I get paid to jerk off on camera in my bedroom, I’m being smart and getting paid for something I was going to do anyway. To those same people, if a woman does it, she’s whoring herself out. That double standard exists in the industry despite the fact that it appears more equal than, say, healthcare or business. I feel it’s more important to celebrate the fact that I get to work in an industry with opportunity for everyone than to focus on how it could better benefit me.

Personally, I had a really great year in 2019. I achieved more than I ever imagined I could, and I’m really proud of the work that I’ve done. That said, I feel it’s really important to acknowledge that, although it isn’t the main contributing factor to my success, the color of my skin has a lot to do with the amount of opportunity I’ve been given. I want to give recognition to people like Wes who have to work twice as hard for half the reward. What he is doing with #YNOTMen is really great, and I’m so proud of him and all the incredible work he is doing.

I am sorry, but I have to ask: How did you figure out you could suck your own dick? I feel like that’s something every guy on earth dreams about, and you are like the only person — or one of the very few — who can actually do it!

The only question I get more than how I learned I could do it is, “Can you teach me??” and I’m sorry to say the answer is no. Most people think you have to have a massive penis, but it’s more about how flexible you are in your neck and lower back. Since those are the two ends of your *very important and delicate* spine, I always tell people that if you aren’t within an inch or two, give up. No amount of stretching will close that last gap, but you will have a really fun time in the emergency room explaining how you got stuck in that position!

My last night in Europe! ? I've had the best time meeting great people and getting good dick ??

Here's a peak at the villa I've been staying at in Prague with @TwinkRepublic & @OfficialBoyFun ? pic.twitter.com/KWldHKd0Ur

Outside of work, what are you most interested in or passionate about?

I’m currently finishing a bachelor’s degree in biology, and I want to use that to go into the cannabis industry! I’m hoping to do work on the regulation and quality control side of things as more states across the country continue to legalize recreational use, and especially once it is legalized federally. I’d also possibly like to help do research on psychedelics and their medicinal properties because they’ve shown tremendous potential to help with depression and mental illness.

I’m very passionate about advocacy in this area as well because of the disproportionate number of black men serving time for marijuana possession. They sit rotting in prison while the same white guys that started the War on Drugs that put them there in the first place are now profiting off of the legal cannabis market. It’s incredibly unjust and needs to change urgently, and I hope to build a platform over the next couple of years to be able to promote and advocate more for that.

New banner from the amazing @mrminscy ?

Hit him up for any banners or other graphic design you need done, he's the best!!?? pic.twitter.com/EUEXnV5CL1

I feel like today’s world is so divisive and full of hate. The news and social media are designed to outrage us and drive a bigger wedge between us. It’s insane how much we see on our feed that influences our thoughts and behaviors without us knowing. I could go on and on. I just wish we weren’t all so quick to believe everything we hear and then use it to attack other people. Everybody is just trying to make it through the day, y’know?

So if I could change one thing about today’s world, it would just be for everyone to stop being such dicks to each other all the time. Tannor’s Guide to Success and Happiness in 2020 and Beyond: Don’t be a dick, suck one! 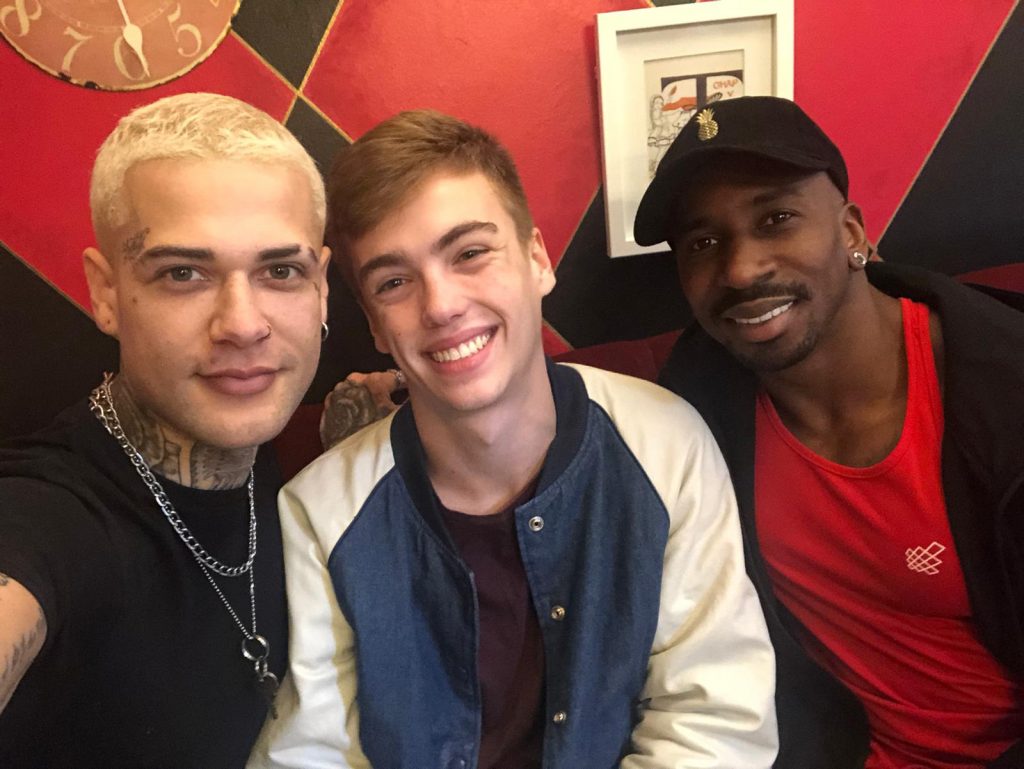 Profiles
Build Excitement! What To Do Before and After Your Show
Buy Bondage Gear Online, Safely