In the past week, tech news has been rife with updates — and, as always, we’re here to keep you up to date.

When Apple fixed a problem with iOS 14, which will be released this autumn, that concerned how some apps copy users’ clipboard data, it discovered that TikTok is (still) an egregious offender.

“With the release of the new clipboard warning in the beta version of iOS 14, now with developers, TikTok seems to have been caught abusing the clipboard in a quite extraordinary way,” — and it has not stopped this “invasive practice,” which the app promised to do in April,” Forbes reported.

TikTok has responded to Forbes concerns and says that the issue was “triggered by a feature designed to identify repetitive, spammy behavior.” TikTok added that it has “already submitted an updated version of the app to the App Store removing the anti-spam feature to eliminate any potential confusion.”

In addition to its “past” (we hope the above is in the app’s past) privacy issues, TikTok is expanding its offerings.

A day before the Forbes piece was published, TechCrunch reported that TikTok announced its “new brand and platform.” It’s called TikTok for Business and “will serve as the home for all its current and future marketing solutions for brands.”

“At launch, the site will include access to TikTok ad formats, including its marque product, TopView, which is the ad that appears when you first launch the TikTok app,” TechCrunch adds.

“Other products under this TikTok For Business umbrella include Brand Takeovers, In-Feed Videos, Hashtag Challenges and Branded Effects.”

Hey @tiktok_us, why do you paste from my clipboard every time I type a LETTER in your comment box? Shout out to iOS 14 for shining a light on this HUGE invasion of privacy. inb4 they say it was a "bug" pic.twitter.com/MHv10PmzZS

TikTok isn’t the only app taking your data

If the first bit of news about TikTok concerned you, the following information might give you pause, too.

According to Engadget, there are an additional fifty-three (53!) iOS apps that are “grabbing” clipboard data. All of this information is coming to light, thanks to iOS 14’s development.

Read the full Engadget post for more information about the 53 apps.

Data’s getting pulled at protests? You bet!

If you’re bringing your phone with you to protest, which you absolutely should for your safety, take note: Some of your data may be lifted.

According to another recent Engadget article, people who attended Black Lives Matter protests in Atlanta, Los Angeles, Minneapolis and New York could have had their demographic data taken from their cellphones by analytics company Mobilewalla.

“Last week, Mobilewalla released a report detailing the race, age and gender breakdowns of individuals who participated in protests in those [the cities listed above] cities during the weekend of May 29th,” Engadget reported. “What is especially disturbing is that protestors likely had no idea that the tech company was using location data harvested from their devices.”

I sometimes feel like I could simply write a short post every week stating, “Watch out for yourself, because they are watching you” paired with a cute animal GIF — that’s how consistent and pervasive this stuff is — but I know that isn’t sufficient.

So, I’ll simply end this piece by writing: Take care of yourself in the real and digital world. Times are unstable and unprecedented, and your security matters.

Part 1/2: preserving your privacy & freedom of expression during protests. Privacy and the 1A go hand in hand: if people can try to control and intimidate you into silence, it’s much harder to express yourself. I wrote a quick 2-part guide on preserving privacy for yourself & others while attending and documenting protests. 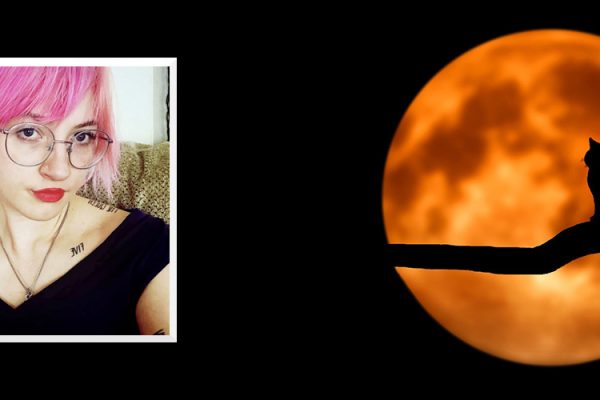