The organizers of the #REC Awards – a new, annual awards gala honoring content creators – recently announced the nominations process for the event is open now through June 15.

Scheduled for June 30 in Medellin, Colombia, the #REC Awards is designed to highlight and celebrate the work of content creators, with a nomination and voting process that will be handled through three major social media platforms: Instagram, Twitter and Facebook.

In the announcement, #REC Awards detailed the nomination and voting process, breaking it down for each of the social media platforms involved. Content creators who wish to be considered for one or more of the award categories should follow the steps below.

Please note: Text that appears below italicized and within brackets like this {example} is placeholder text, which will need to be replaced with the actual information sought.

First, take a look at the list of awards categories, which can be found on the #REC Awards official Instagram account, and decide which categories you wish to be nominated in.

The number of comments each tweet and post receives will also be factored in to the voting process, in that each comment will equate to one vote. Only one comment per commenter profile will be counted. Once the nomination period has ended, the 10 content creators with the most votes in each category will be officially nominated.

A panel of seven jurors who are each “recognized in the content creation industry” will take over from there, conducting a rigorous evaluation of each nominee. Each nominee will be assigned between 0 and 100 points, with 0-20 points allotted from five major criteria: Creativity, Interaction, Content, Profile and Professionalism. The content creator who receives the highest score in each category will receive the award, with all winners to be announced at the #REC Awards gala in Medellin on June 30.

For more information, including sponsors and featured guests of the gala, please visit the official #REC Awards website or contact info@recawards.com.co. 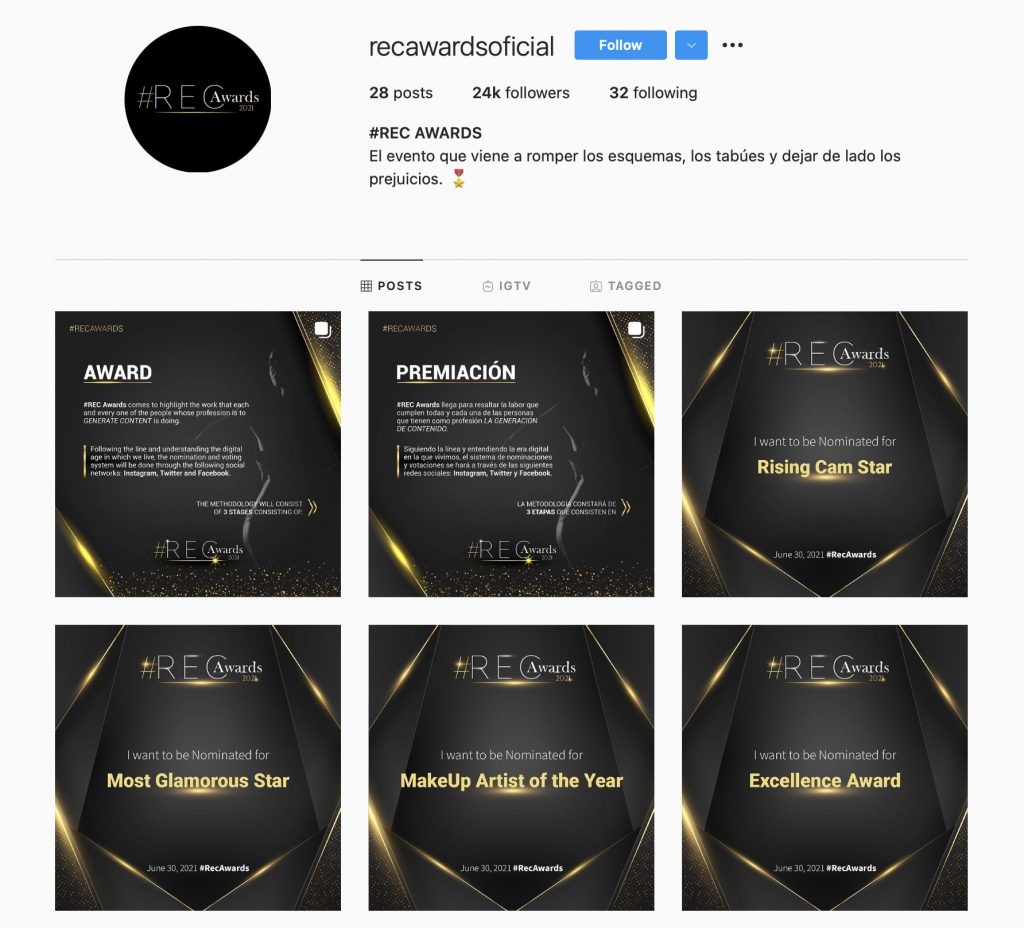 An Ocean of Talent: Interview with Ivy Ocean
COMMENTS 0