Three Expo Events, the producers of the EXXXOTICA Expo, recently announced that the 10th anniversary of EXXXOTICA Chicago is… officially… on!

EXXXOTICA — presented by MyFreeCams — is kicking off its 2021 in-person show schedule with EXXXOTICA Chicago — happening July 16-18 at the Donald E. Stephens Convention Center in Rosemont, IL. Originally scheduled to take place last spring, the 10th anniversary of the sexiest Midwest extravaganza was the first to be postponed due to the pandemic. Now, it also has the honor of being one of the first to be back!

“Although it’s going to be tough giving up wearing sweatpants every day, we’re excited to get the show back on the road,” said EXXXOTICA’s Director, J. Handy. “We, like many around the world, didn’t know if this day would ever come, but here we are, and we’re ready to crush it. We’re just really looking forward to seeing everyone again!”

While the world is not yet back to “normal,” EXXXOTICA Chicago will follow all guidelines and recommendations, as well as implementing some protocols and show features to keep everyone — attendees, exhibitors, stars appearing and staff — safe and healthy. Those who have been vaccinated and/or are able to show proof of negative testing may only access certain areas of the show and some of its features. There were also be constant sanitization of areas, social distancing where needed and wider aisles, as well as other protocols put into place which will follow all recommendations from health and safety officials.

“The well-being of everyone who comes to EXXXOTICA is our highest priority,” Handy continued. “We are in constant contact with officials and experts to make sure that everyone who attends our events, is kept safe.”

EXXXOTICA will have a lineup of both legendary adult stars as well as today’s biggest names and rising talent. Also at the show will be EXXXOTICA’s show floor, featuring exhibitors and companies from all around the country showcasing their brands, products and services, highlighted by longtime sponsors and fan favorites, Chaturbate and Bad Dragon. Many of the show features fans love, such as the EXXXOTICA Dungeon, Seminar Series and Entertainment Stage will also have packed schedules and ready to entertain and educate attendees.

Further announcements will be coming shortly, including information on new show features, stars appearing, seminars, stage schedules and after parties, as well as some other surprises to help celebrate the 10th anniversary of EXXXOTICA Chicago.

Other upcoming shows include:

Tickets are now on sale for all 2021 EXXXOTICA events, and information will always be available at the show’s official website exxxoticaexpo.com, including schedules, updates, hotel information, and much more. Tickets that were purchased for all postponed 2020 events will be honored at this year’s events.

I for one am (tentatively) excited and optimistic about this announcement! 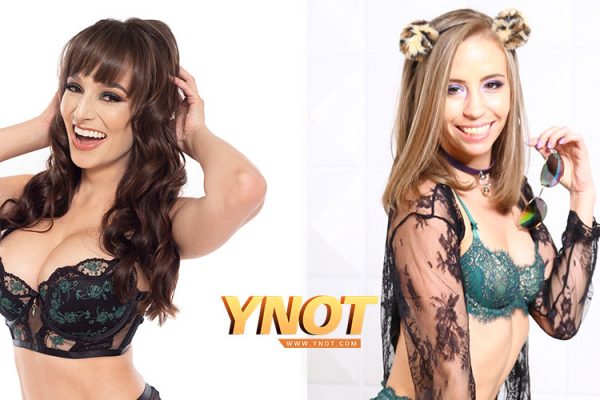 Welcome to the CamGirlDollhouse
COMMENTS 0