I’m writing this month about catastrophic thinking, or the habit of always anticipating the worst. I have no scientific proof that cammers in particular, or sex workers in general, are more prone to falling into cycles of negative thinking. But I think it is safe to say that the combination of doing sex work and spending a bunch of time on the Internet has the potential to feed into a disaster-prone outlook for a bunch of reasons.

Sex work by its very nature tends to be private, which can be isolating. Sex workers, as a group, face a continual onslaught of rude behavior and aggravation from anonymous online sources, adding to feelings of vulnerability, helplessness, and victimization. And timewise sex work is often unstructured, providing lots of opportunity for boredom, restlessness, and rumination. It’s easy to fall into the mindset that the world is intrinsically dangerous, and we are powerless to keep ourselves safe.

I don’t want to take anything away from the realities of the problems of the world in general, and the grinding daily aggravation while camming in particular. But a constant negative outlook can create a self-fulfilling cycle of resentment, hostility, and bad behavior, which contributes directly to burnout. If you’re planning on making camming a long-term prospect, then it’s necessary to find ways to step off the moving sidewalk of catastrophic thinking and find ways to think differently. 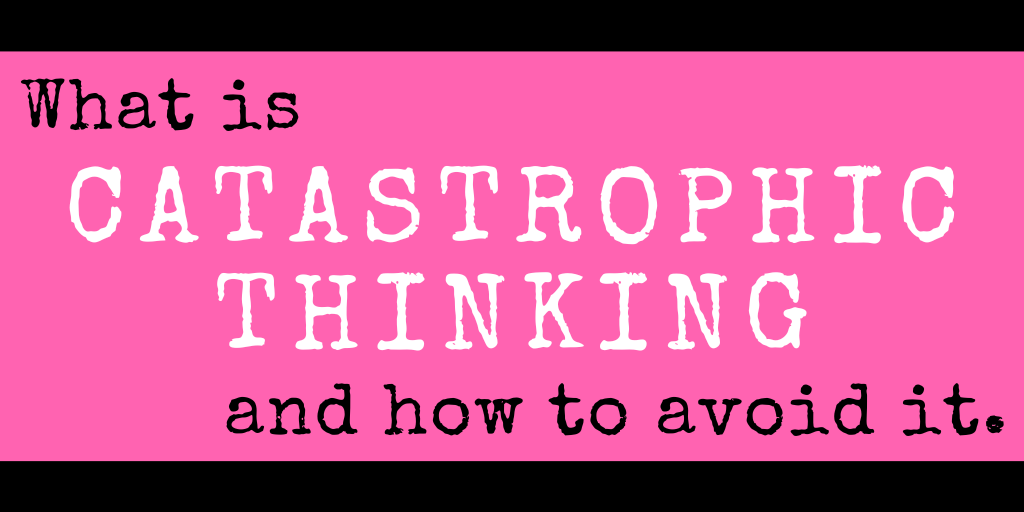 The Evolutionary Purpose of Catastrophic Thinking

It can be helpful to first understand the why of catastrophic thinking, to appreciate its logic and power. Our brains are hardwired to be constantly on the lookout for threats, which makes sense, considering we’re the successful byproducts of three billion years of evolution. Our ancestors didn’t live long enough to successfully reproduce without a keen sense of fatal dangers all around them.

The problem is in our modern world, most of the time we don’t find ourselves experiencing actual immediate threat. That deafening noise isn’t an avalanche—it’s an incoming subway train. The only human-eating predators most of us ever encounter are in zoos. But our brains constantly keep scanning just the same. And unfortunately, social media profits off messages that keep us riled up, resentful and outraged, ensuring a steady supply of adrenaline is pumping through our veins.

There’s a twisted logic inherent in negative thinking, as well. Anticipating trouble seems like it can protect us from disappointment and pain. After all, if we always expect the worst, doesn’t that mean we’ll be better prepared when things actually go wrong? And if somehow things turn out better than we feared, won’t that be a relief?

Actually, no, quite the opposite. All that agitation can result in a pervasive sense of unease, malaise, and pointlessness, paralyzing us with anxiety, severely limiting our capacity for happiness and purpose. (For more on how catastrophic thinking limits our potential, check out this excellent video by LMFT Emma McAdam, Catastrophizing and How to Stop Expecting the Worst.)

Again, not wanting to minimize real world problems, ruminating on possible future ruin poisons our present well-being. Let’s look at some ways to let that worry go in order to live more fully in the moment.

Strategies for Swerving Out of a Negative Rut

Stop and slow down   In so many ways, this is the most important step. Having the self-awareness to notice that you’re in a negative spin – developing just that tiny bit of distance – is powerful. Think of it as your wiser self observing what your primitive mind is doing. A helpful technique is to name what you’re feeling, putting a timestamp on it, and asking it to stop: “My mind is spiraling out right now, and it feels terrible. Let’s concentrate on something else.”

Self-compassion    If your brain keeps telling you you’re powerless or ugly or a loser, that’s precisely when you need to practice self-kindness and compassion. No more beating yourself up—you are a magnificent, loveable, worthy human being, no matter what.

Self-soothe   I encourage you to take several deep breaths, gently stroking your chest or your belly or your thighs. Say a few comforting words to yourself, out loud or in your mind, such as: “I know you’re struggling right now, Sweetheart, but everything will turn out okay. This won’t last forever.”

And finally, focus on the (actual) positive   Take a break from online life, get out of your head, and spend some time with what feeds you: friends, family, pets, food, fresh air, nature, sunshine, music, and creativity.

Disrupting the doom loop can be a challenge, but it’s well worth the effort. Instead of fixating on cataclysmic what-ifs, it’s far better to dedicate ourselves to living in our real-life power and joy.

Until next time, be sweet to yourself—

Lola Davina is a longtime veteran of the sex industry and author of Thriving in Sex Work: Sex Work and Money, her follow-up to the formative self-help book, Thriving in Sex Work: Heartfelt Advice for Staying Sane in the Sex Industry. Check out the audio version of Sex Work and Money via Awesound here. Contact Davina at Lola.Davina@ynotcam.com and visit her on Twitter at @Lola_Davina.

Getting Out of a Rut