According to reports on Geek.com and other gaming blogs, Sega’s Yakuza 6, latest in the popular series, will feature the ability for players to chat with live webcam models, in-game, through the guise of the game’s bad-ass protagonist Kazuma Kiryu.

The game, called Ryū ga Gotoku in Japan, is hugely popular (often referred to as the “Japanese Grand Theft Auto”) and exclusively available on Playstation 4. The latest in the franchise is scheduled to drop in Japan on Dec. 8, just in time for the holidays and new Playstations.

Details of the webcam feature originally appeared on Japanese gaming blog Famitsu.  There is no scheduled release to Western markets apparently (Yakuza 5 still hasn’t hit Western markets), or any official word from Sega on exactly how live girls will be incorporated into the game.

Between high-scoring outbursts of mayhem and karaoke, lead character Kiryu apparently likes to spend time relaxing in hostess bars. Bloggers speculate Sega will feature the live models as hostesses. Other in-game play spots include arcades, pool and darts. Some say Yakuza 6 also will be the last appearance for Kiryu as the game’s main protagonist.

So, how will hostesses interact with Kiryu? Though the game is for mature players, bloggers are wondering if they will be able to access a full-on cam model experience and whether the experience will be Japanese- or American-style webcam? The game was developed by Sega, so it seems likely there will be some limitations on live action.

But, since the primary market is Japan, who knows? You’re talking about extreme gaming culture, where activities like fantasy tentacle sex, H-anime and joshi-kosei also are somewhat acceptable.

The other big question: How is Sega going to provide live models? Will they employ a roster of their own game girls? Will they contract with popular online models in Asian markets? With 7.5 million units of the game sold as of June, Yakuza 6 is poised to make some models very popular … if they’re game.

Money, Tips & Advice, Tools of the Trade
Business Time with Harriet Sugarcookie
Playing by the Rules 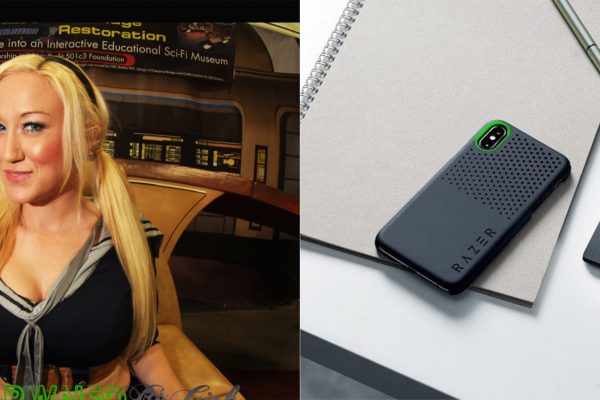 Fact/Fiction: 10 Myths About Being a Cam Model
COMMENTS 0