About two weeks ago, Twitter unveiled that the service is testing two new features. Unfortunately for the social media site, users are not happy with either potential change.

Clean Up Your Act

Twitter is known for being the cesspool of social media at times. People and bots frequently tweet and retweet fake news, users pick Twitter fights with each other out of boredom and trolling and cyberbullying is the norm.

To combat its somewhat unsavory reputation, Twitter is testing a new feature that asks users to think twice before tweeting salty replies to other users.

According to Reuters, Twitter is testing a prompt that will pop up if a “reply to a tweet” uses “offensive or hurtful language.” Twitter rolled out the test to a “limited subset of iOS users,” Mashable added.

Twitter Support recently tweeted the following regarding the experiment:

When things get heated, you may say things you don’t mean. To let you rethink a reply, we’re running a limited experiment on iOS with a prompt that gives you the option to revise your reply before it’s published if it uses language that could be harmful.

“When users hit ‘send’ on their reply, they will be told if the words in their tweet are similar to those in posts that have been reported, and asked if they would like to revise it or not,” Reuters reported.

“We’re trying to encourage people to rethink their behavior and rethink their language before posting because they often are in the heat of the moment and they might say something they regret,” Sunita Saligram, Twitter’s global head of site policy for trust and safety, said in an interview with Reuters.

This test began on May 5th and will run for about two weeks.

In addition to attempting to keep trolling at bay, Twitter also is testing a new reply display feature.

“Your conversations are the [blue heart emoji] of Twitter, so we’re testing ways to make them easier to read and follow. Some of you on iOS and web will see a new layout for replies with lines and indentations that make it clearer who is talking to whom and to fit more of the convo in one view.”

According to Mashable, Twitter’s new reply display layout is similar to Reddit’s wherein threaded conversations flow with the help of lines and indentations. In addition to changing up its reply display, Twitter also is considering changing how its icons are displayed, too.

“We’re also experimenting with placing like, Retweet, and reply icons behind a tap for replies,” Twitter reported to Mashable. “We’re trying this with a small group on iOS and web to see how it affects following and engaging with a convo.”

What This Means For You

Although it appears that some Twitter users are unhappy with these potential changes (each Mashable article linked to above features a few of those reactions), we think the changes could work for some people.

It’s hard for me to find a reason to hate Twitter’s anti-trolling experiment. Although I always — and I mean always — use curses to express my feelings about everything, I would not care if Twitter gently “nudged” me to reconsider a tweet reply I was about the send. If this feature could help keep Twitter trolls away and protect cam models and clip content creators from unnecessary hate and name-calling, then I’d welcome it as a permanent addition to the site.

It is interesting to consider some parlance that is part and parcel to describing some adult content — especially certain types of fetish content. Is “sissy,” for instance, going to be flagged as something to be reconsider by Twitter? There is some downward-spiral potential here that’s not to be overlooked.

Twitter’s second test could improve your experience on Twitter if you think it’s difficult to follow threads. However, your reaction to this change is subjective. A new layout may please some users, and displease others. It’s just a matter of personal preference. 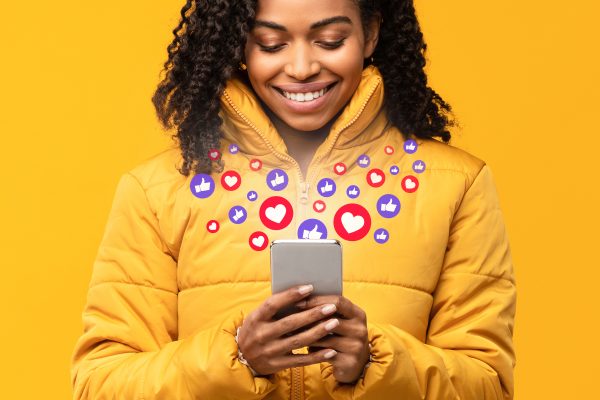 CoTweets – Partner with a Friend to Build Followers
COMMENTS 1