Say It, All Together Now: ‘Amberly Rothfield’ (Q&A)

Say it, all together now: “Amberly Rothfield.”

It’s a name like no other that works perfectly for a woman who’s made her career in phone sex.

Rothfield started working as a phone sex operator at age 18 as a way to get out of her parents’ home, and she eventually joined the military. Today, at 31, Rothfield has lived all over the United States, but now calls Las Vegas home.

Career phone sex and career military? Rothfield shared an interesting point-of-fact: “For years, I did not use my own face [for work]. I paid for content by a model named Cate Harrington. She even did exclusive work for me for a number of years.”

Regarding why, Rothfield explained, “Most clients who think ‘Ebony’ think of stereotypes that I do not match up to. I used [Harrington’s] images due to me not sounding ‘black enough,’ considering I am darker skinned.”

She continued using Harrington’s images – paid and with permission – while she was in the military, and only came out using her own face once fully retired in all capacities.

“I have never found myself ugly or hated myself, I just simply had a vanilla job to upload. Many in phone sex, do the same for similar reasons,” she explained. “It is about the fantasy, not the woman in the photos. You could have the hottest chick in the world be your figurehead but if you do not cultivate the chops to keep a client on the line, you will not do well.”

We spoke to Rothfield about her successful career in phone sex, as well as where her future may be headed.

YNOT Cam: How did you get started as a phone sex operator?

Amberly Rothfield: Honestly, I was still in high school… I did not know how to drive and lived where bus systems were not easily accessible. And I had a horrific home life too and needed to get out. I signed up to be in the Navy, but it was months away for me to ship off. I started working for a phone sex company, and it made me the money to be able to stay a safe distance from my family.

After I joined the Navy, I still kept my account active and continued to work part-time. I did try vanilla jobs once out of the military but just could not stand them. I got spoiled by having my schedule on my own terms, setting my rates and not being bound by others’ rules. Also, I did a short stint in a call center — there are pieces of my soul I will never get back. I have already done the eulogy for those fragments, may they rest in customer-service-peace. Funnily enough, my phone sex skills helped me calm customers down in that job.

Ha! So how did you finally “come out” as a phone sex operator?

I outed myself as a phone sex operator (and cam model) by gifting my old laptop to a friend of mine and not thoroughly cleaning it. She was completely computer illiterate, and during a Facebook Live session, managed to show her computer screen — which showed all my links and information to my adult sites. Luckily, everyone laughed about it.

What are some of the best things you’ve experienced or observed via your work?

I would say that — from ‘09 through ‘10 — being one of the top accounts on NiteFlirt was one of my biggest highlights. While I do well now as well, back then, I had a lot more free time. I was really able to see what it was like to accomplish whatever goal I set, and I’m so glad that I now can do that again. In one year’s time, I got over 10,000 feedback on NiteFlirt (average account to this date have fewer than 5,000 after YEARS of being on there). Now I am rocking over 17,000!

I am truly happy to see more and more celebrities coming out about having been phone sex operators themselves and even having done cam or stripping. The star of the movie Precious (2009)was once a phone sex operator, and Cardi B is killing it on the song charts after having been a stripper. People are really beginning to accept sex work.

Do not think it has all been rainbows though. For many years, I hid what I did out of shame. It took me really realizing that if someone disliked me because of my work, chances are I do not really want them in my life. I wish I had realized that sooner. I was soooo scared of anyone getting close. I literally only had friends who were in sex-related. While this is not a bad thing, many who are in sex-related work fields are also paranoid you may out them, so few actually get really close. It is an odd hamster wheel, and the only way I got to stop it was by telling everyone who was in my life or came into my life who I really am.

When you shouldn't be going through an unlocked phone, but you are really a nosey bitch #noregrets #deargodwhy #cantunsee pic.twitter.com/1as5S3EvdY

This is going to sound strange, but I fucking love knitting. Yes, I am that strange lady in the airport or on her porch who is making hats and sweaters. I go to a lot of adult conventions and something I have loved doing is delivering my custom-knitted hats to those I love and who have inspired me. Pro tip: It is a great icebreaker.

I also read a lot, and I do not just mean audio or e-reader. When you think of me, imagine a short, chubby and dark-skinned Belle from Beauty and the Beast twirling around looking happier than a loon in a library.

If I could change one thing about the world today, I would reverse global warming. Yes, I know — there are wars in the Middle East, SESTA and a myriad of other problems, but the environment has always been a big passion of mine.

I have loved animals since I was small and having been reclusive in my day-to-day life prior to coming out of the adult closet, I became very close to animals. The way I figure it, if we do not fix the rock we live on the all those other problems will soon not matter as we won’t be here to have to worry about them.

Well, assuming we still have a planet – definitely not a given, sadly – what does your future hold?

One of my pet projects I am doing is called #400clip. While I am a phone sex operator, much of my income is in the offline sale of clips. My goal is to produce 400 clips in 100 days. While that means four a day, I know some days will be difficult — so I can catch up in terms of doing different amounts on different days, just as long as I get them all done in 100 days.

I am also updating my book — How I Made $10,000 A Month As A Phone Sex Operator. Things have changed a lot in the past year, and I want the best information out there.

I also plan to go to as many conventions as possible this year and all those possible next year. I want to finally get the recognition using my own face that I once had using another model’s – once again, all paid for and with permission.

Did someone say “Cardi B”?! Don’t mind if we dooooooo…

Interviews, Models
Kiara’s Corner: How Does Your Specialty Niche Rank on Google?
Protect People — Not Dolls — From Degradation 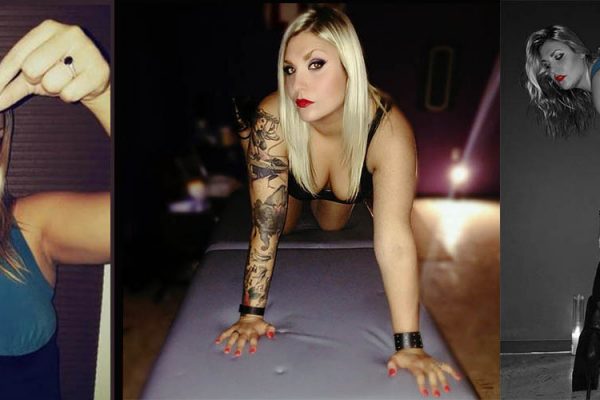