Premium social media and content sharing is just a thing that people seem to need to be doing nowadays, both in general and in light of our current pandemic world. Multiple streams of income that compliment your earning and branding strategy are important — and it’s never a good idea to put all your eggs in one basket.

Now, just like all content creators and models are not the same, not all premium content platforms are the same either. Sites that may seem similar at face/about value all have different vibes in terms of who shares their work there, who visits there and what the consumers are like, policies, benefits, traffic and more. Scratch the surface even a tiny bit, and there are many differences.

So, with all that in mind, here are four premium content sharing platforms circulating around the industry that are worth considering. Remember: What works for some might not work for others, and that’s okay. Also, there is no such thing as “one size fits all,” and always always ALWAYS do your due diligence.

JustFor.Fans launched on February 14, 2018. In the words of Dominic Ford, the site’s founder, JustFor.Fans is “a community that gives sex workers the ability to monetize the content they create and interact with their fans” that “offers the most ways for them to make money of any platform online.”

It’s no secret here on YNOT Cam that I *love* Ford’s work and greatly admire the JustFor.Fans platform. Heck, I even did a full interview Ford and models that use the site to get a clearer picture of how it all comes together — “JustFor.Fans: For Sex Workers, By Sex Workers.”

Check out the interview. Clearly, I think JustForFans is a platform worth checking out.

Ooh. Now they have 3 people co-hosting! JFF models, take note and co-host a show together! pic.twitter.com/oaH4OKo2yO

Loyalfans.com has been getting a lot of press lately, and recently they announced the launch of their private video and voice call function — which, currently is computer only. (Apparently, a mobile version is coming soon though.)

Loyalfans, according to press material, “prides itself on transparency, inclusivity, authenticity, and stability,” which are good words and philosophies/standpoints. They also say that they welcome “all forms of positive, consensual, creative expression.” This to me sounds like, like JustForFans, Loyalfans has no interest in x-strapping with the community and then pulling a Patreon or a Tumblr and excising sex media from they platform once they “make it.”

This is a platform worth checking out, too.

Author’s Note: X-strapping is a term that ties in with the word “bootstrapping.” Bootstrapping refers to making due and getting oneself — or, one’s platform or services — “off the ground” using existing, minimal resources within sub-optimal conditions. Like, sayyy, not a lot of traffic or awareness when a platform is new.

X-strapping is like bootstrapping, but using sex workers and sex media to “make due.” X-strapping is what was done by both Patreon and Tumblr — and, even longer ago, PayPal.

I'm so enchanted (and strangely intimidated) by @TheAlissaBlack but I can't even look at her twitter because it's private 🙈 welcome to #realloyalfans, amazing woman!https://t.co/5mXjI3xHes

Unlike JustForFans and Loyalfans, it seems that Sexy1on1 allows users and fans to browse models. This is very different from accessing the site via a model or content creator’s direct link and then not being able to easily poke around if one wants. Now, there may be more to it than I can see, but the power here seems to be the possibility of being discovered versus having to drive an existing fan or interested person to the platform wholly yourself.

Also of note: Sexy1on1’s spokesperson is Tanya Tate. That says quite a lot.

IsMyGirl.com is similar to Sexy1on1 in the sense that fans and consumers can browse the site. It’s different, however, from all the other options we’ve covered here in the sense that it’s almost more of a “lifestyle”-type site. Babes! Tats! Influencer smoke session events on 4/20! That’s all great stuff, but it’s also a specific cultural niche space on the interwebs, at least more so than the other sites.

One thing about IsMyGirl that absolutely delights me to no end is the way they render their URLs — modelname.ismygirl.com. So, like, I randomly clicked on Ember Snow when browsing just now, and her space on the site is embersnow.ismygirl. Say that in your mind: “Ember Snow is my girl! She’s my girl…”

(I was hoping this pretty woman below was gonna be BeaConnor.ismygirl, but alas she is not.)

There are lots of premium content sharing platforms out there to consider. This is by no means an exhaustive list.

Just remember: Each site is its own space. Do your homework and select the space (or spaces) that best meet your needs and correspond with how you want your work to be seen in the wider world.

Down for you always💘 @bea.connor05 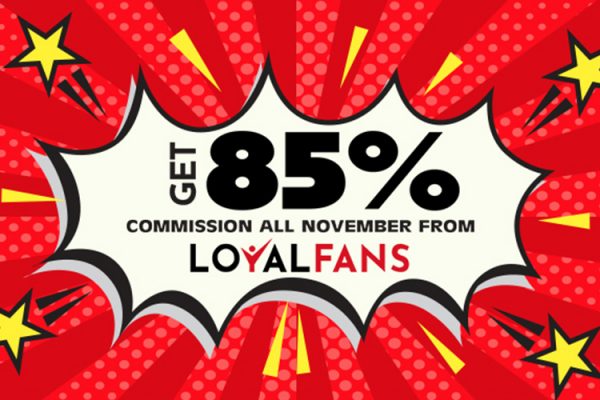 Loyalfans Increases Commissions to 85% for November 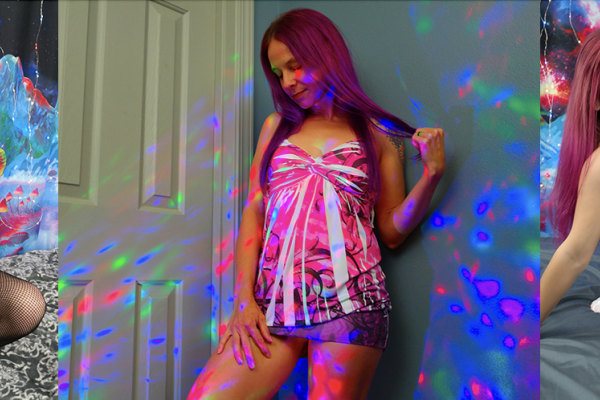